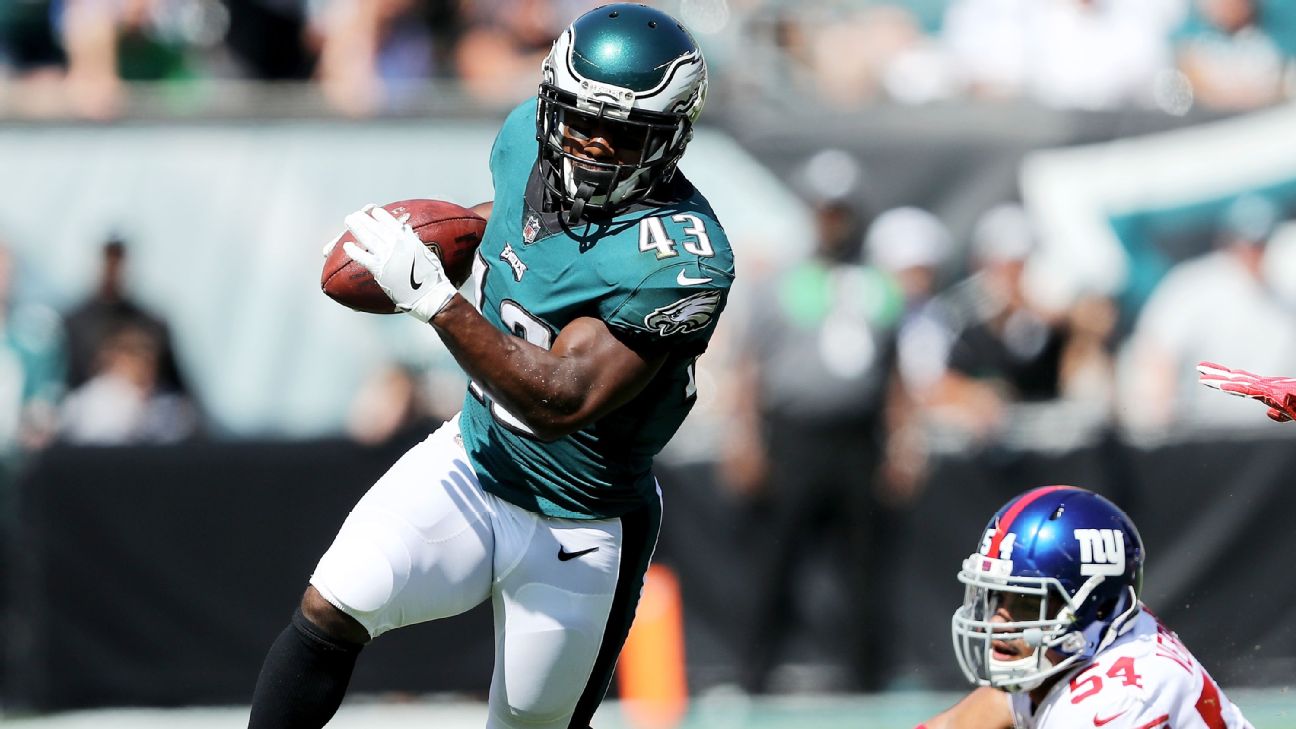 PHILADELPHIA -- Philadelphia Eagles running back Darren Sproles and right tackle Lane Johnson will practice this week and are expected to play against the Dallas Cowboys on Sunday, coach Doug Pederson said.

Sproles hasn't suited up since Week 1 because of a hamstring injury. He is likely to resume punt-return duties and will join a backfield currently being led by Wendell Smallwood and Corey Clement. The team's lead running back heading into the season, Jay Ajayi, is done for the year with a torn ACL.

"We're just going to mix him in," Pederson said of the 35-year-old Sproles, who is coming off a torn ACL of his own. "I think we're a different team from Week 1 to now. Obviously we don't have Jay, but Corey has done a great job, Wendell and now the emergence of [rookie] Josh [Adams]--he's kind of stepped up his game and played well. ... And now we get Darren back. It's a great opportunity for him."

Johnson suffered a Grade 2 MCL sprain against the Jacksonville Jaguarsin Week 8 -- the injury typically sidelines players for several weeks -- and also has been dealing with a high ankle sprain since early October.

"Listen, Lane is a tough guy now," Pederson said. "In his mind, I think he would want to play. And our expectation is that he does play. But at the same time I say that, then I say, 'Hey, I don't want to put somebody out there that might be less than 100 percent, too.'

"We'll get him ready. We'll get all our guys ready like we do each week. The expectation would be that he plays."