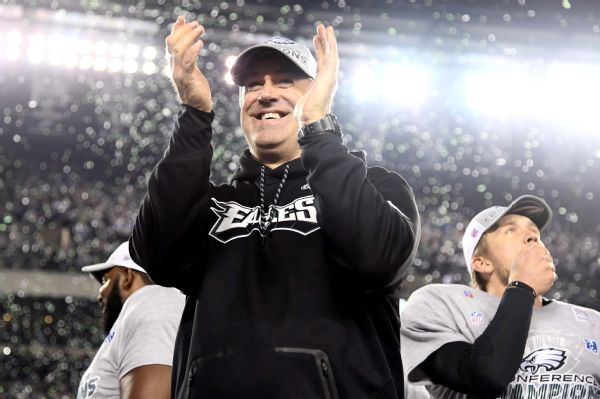 The Philadelphia Phillies announced Monday that Doug Pederson, coach of the Super Bowl champion Philadelphia Eagles, will throw out the ceremonial first pitch for the Phillies' home opener on Thursday.

In his second year as coach, Pederson led the Eagles to the franchise's first Super Bowl victory, a 41-33 win over the New England Patriots.

The Phillies (1-2) play their first two series on the road, though Monday's game at the Mets has been postponed due to snow.