The Philadelphia Eagles have been informed that quarterback Sam Bradford wants to be traded and will not be showing up for their offseason program any longer, a source told ESPN's Adam Schefter.

Bradford is upset at the Eagles' trade last week for the No. 2 overall pick to draft a quarterback.

Bradford, who re-signed with the Eagles earlier this offseason,"is mad and wants to show everyone who's best," a source told Schefter last week.

The Eagles acquired the No. 2 overall pick from the Cleveland Browns last Thursday in a blockbuster trade, using draft picks acquired in two previous trades. Executive vice president of football operations Howie Roseman said the Eagles had been trying to move up ever since January andacknowledged that the team intends to take a quarterback with the No. 2 pick.

The Los Angeles Rams had already acquired the top overall pick from Tennessee for a slew of picks and have indicated they will take a quarterback. The Eagles will likely take either Cal's Jared Goff or North Dakota State's Carson Wentz, whichever is not taken by the Rams.

The Eagles made the trade despite signing Sam Bradford and former Kansas City Chiefs quarterback Chase Daniel this offseason, doling out $34 million in guaranteed money to the quarterbacks ($22 million to Bradford on a two-year deal and $12 million to Daniel on a three-year contract).

Bradford, 28, started 14 games last season after the Eagles acquired him in an offseason trade with the Rams. The Eagles went 7-7 in his starts. He completed 65 percent of his pass attempts, throwing for3,725 yards with 19 touchdowns and 14 interceptions. 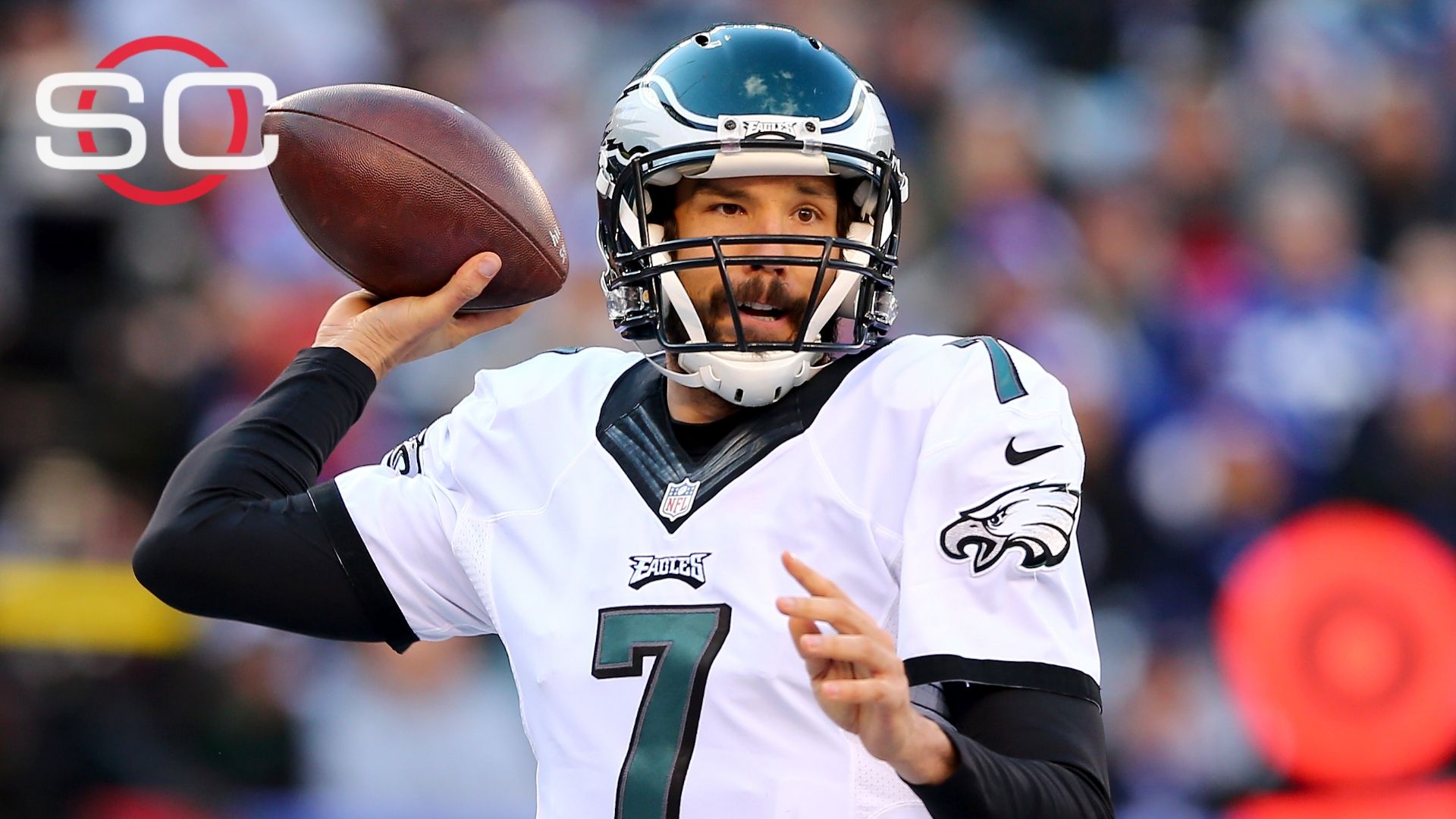