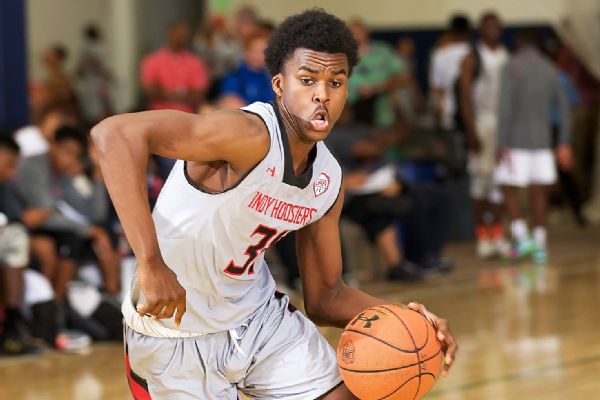 "I felt the most comfortable when I went down and felt it was a great school," Wilkes told ESPN.

Wilkes, a 6-foot-7 small forward, is ranked No. 14 in the ESPN 100. He took official visits to all three of his finalists in September, but the Bruins emerged as the clear favorite over the past few weeks. UCLA targeted him early in the process, given head coach Steve Alford's roots in the state of Indiana and assistant coach David Grace's recruiting efforts.

"Just watching them play, I see the players got freedom," Wilkes said. "And looking at their roster, seeing there was an opening for my position."

Wilkes was one of the tougher matchup problems in the 2017 class, being able to score away from the basket against opposing post players as well as on the block against smaller defenders. He averaged 20.0 points and 6.0 rebounds on the Under Armour Association circuit for the Indy Hoosiers AAU program.

Wilkes joins a recruiting class that was ranked No. 4 in the country heading into the weekend. He's the fifth member of the group, following three ESPN 100 prospects -- point guard Jaylen Hands (No. 31), power forward Cody Riley (No. 45) and center Jalen Hill (No. 50) -- and three-star shooting guard LiAngelo Ball, the younger brother of UCLA star freshmanLonzo.

With Isaac Hamilton and Bryce Alford graduating after this season, and Ball expected to leave early for the NBA draft, UCLA needed some scoring punch for the 2017-18 campaign. Wilkes brings that ability, and he should have a starting role immediately in the frontcourt, alongside freshman T.J. Leaf and junior center Thomas Welsh.

"Hopefully I can make a great impact for them coming in as a freshman," Wilkes said. "And with the other players coming, we should be real good."

With five players now in the fold, UCLA could be finished in the 2017 class. However, depending on what happens with the NBA draft, the Bruins could look for more offensive firepower on the perimeter.