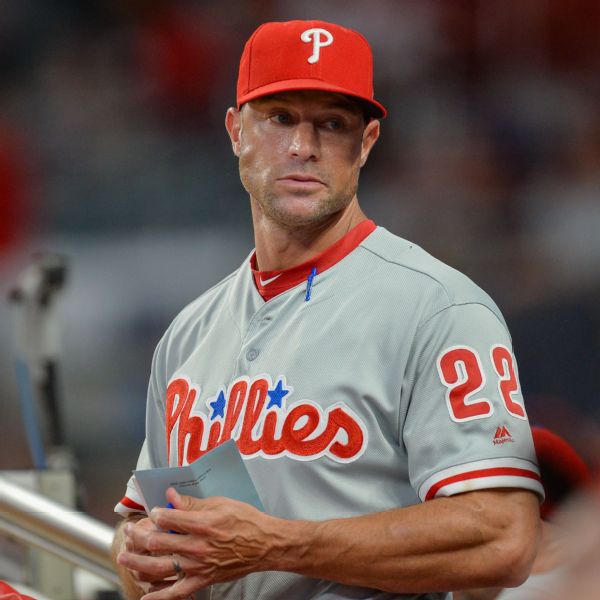 "We just hit it off," Kapler said Thursday on MLB Network. "He's an easy guy to talk to and he certainly is especially competitive."

Kapler, who matches Harper in intensity, said they joked about an incident last summer in a game between the Washington Nationals and Phillies when Harper talked an umpire into changing a foul ball call on a check swing.

"Now I think it's kind of funny; then I was really upset," Kapler said. "We both got a good laugh out of that."

Kapler said another thing the two bonded over was food.

"He loves food and Philadelphia has an incredible food scene, among the best in the country, if you ask me."

Harper, a six-time All-Star and one-time National League MVP award winner, has met multiple times with representatives of the Nationals, ESPN's Jeff Passan reports, and the possibility of a return to the place he spent the first seven years of his career persists.