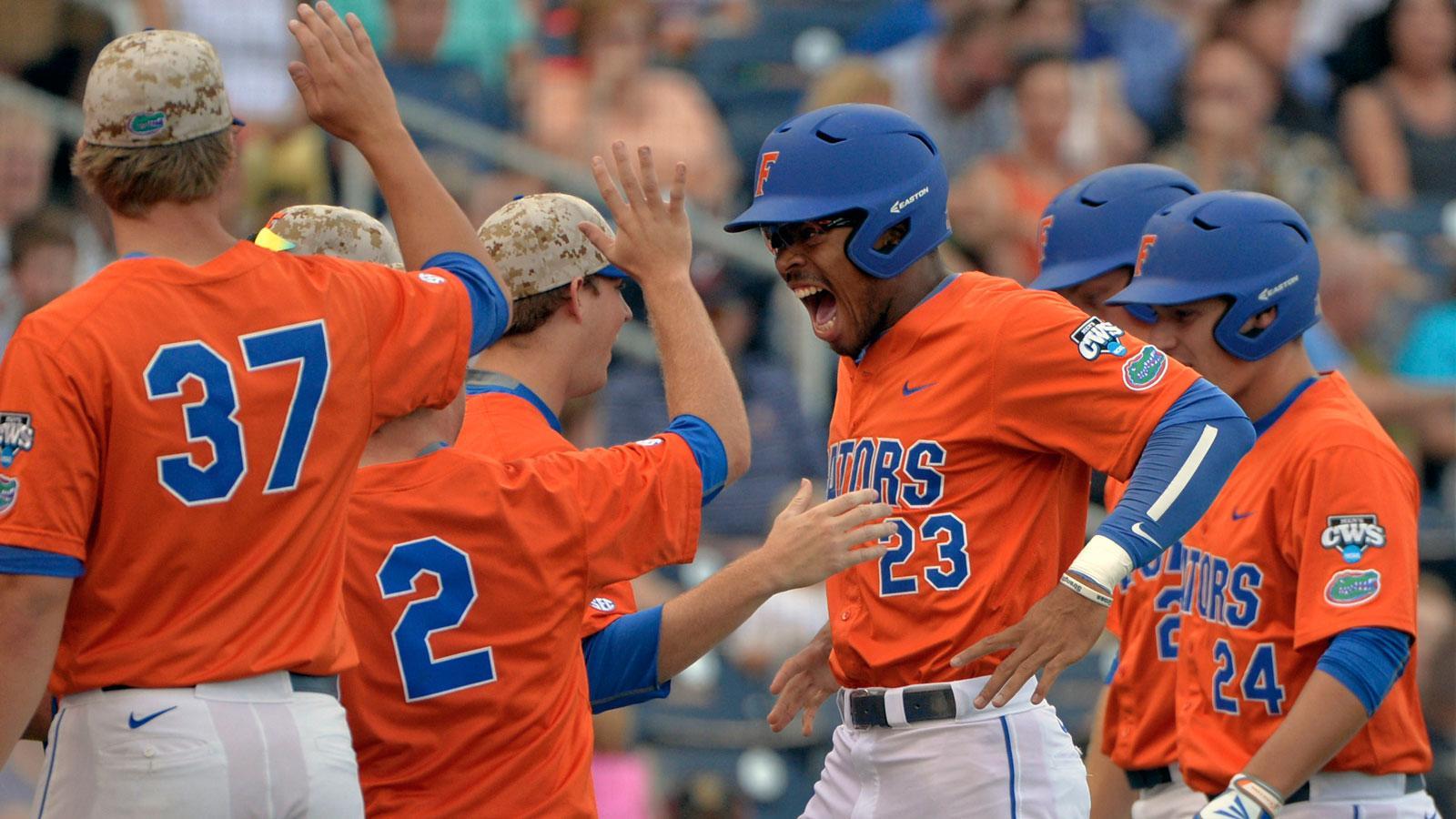 OMAHA, Neb. -- Shut out and limited to two hits by Virginia two nights earlier, Florida's offense was back to its usual prolific self against Miami.

The Gators hit four home runs and scored in double digits for the fourth time in five games while dominating the Hurricanes again at the College World Series, this time 10-2 in an elimination game Wednesday night.

Kevin O'Sullivan's Gators (51-17) now get another crack at Virginia on Friday, needing to beat the Cavaliers twice to reach next week's best-of-three finals. Miami (50-17) struggled mightily on offense in Omaha and went 1-2 in its first CWS appearance since 2008.

"We got to this point playing loose but doing everything with a purpose," Harrison Bader said. "Sully's biggest message was not having a hangover from that tough loss. We're not going to score 10 runs every game. There might be games where we get shut out. At this point, you're fighting for your life. Lay it out there every pitch, every inning."

Bader apparently took O'Sullivan's words to heart. With the wind blowing out, Bader drove Miami starter Enrique Sosa's fourth pitch of the game more than 400 feet to center for his 16th homer.

Four batters later, Buddy Reed sent Sosa's high fastball out to right for a 3-0 lead. Richie Martin homered in the sixth and Peter Alonso in the seventh to make it an eight-run game.

The Gators outscored Miami 25-5 and collected 28 hits in their two CWS meetings, with Saturday's 15-3 win the most lopsided postseason loss in Miami history. Florida has knocked Miami out of the NCAA tournament four times since 2009.

"Miami is our biggest rival, I think, besides Florida State," Reed said. "You always want to jump ahead in the first inning, and it's good to tack on runs. We did a great job, the whole offense did."

Freshman Alex Faedo (6-1) and two relievers did their part, combining on a four-hitter and striking out 10. Faedo pitched into the sixth inning in his first appearance since May 31. He relied on his slider to strike out seven, but he struggled a bit with his fastball and issued a season-high four walks.

Miami came to Omaha second nationally at 8.4 runs a game and sixth in batting at .311. The Hurricanes beat Arkansas 4-3 on Monday, but largely due to their struggles against the Gators, they managed only nine runs in their three CWS games, batted .224 and were 2-for-32 with runners in scoring position.

"I always say good pitching beats good hitting," Miami coach Jim Morris said, "and their guys pitched good against us, hit their spots. We didn't do what we had to do as a club offensively to swing the bat."

Before the new flat-seam ball was put into play this year, TD Ameritrade Park had yielded only 25 home runs in the 59 CWS games since its 2011 opening and only three each of the previous two years.

In 213 total games at the stadium, Wednesday's marked the first with more than two homers. Also, Bader and Alonso became the first two batters to hit balls out over center field.

"We jumped out with a three-spot with a couple home runs in the first, and I felt that kind of set the tone," O'Sullivan said. "These elimination games, it's important to build momentum early on. I was really pleased with how we responded after a tough loss Monday night. We were relaxed and came out with a purpose."

Sosa (7-5) made it just one inning. Andrew Suarez, the Miami ace who threw 63 pitches in the loss to Florida on Saturday, held the Gators scoreless from the second through fourth innings before they padded their lead.

"They beat us in every area," Morris said. "I said before that I thought Florida had one of their best clubs since I've been at Miami. They swing the bat and hit the ball hard, and they earned every run they got." 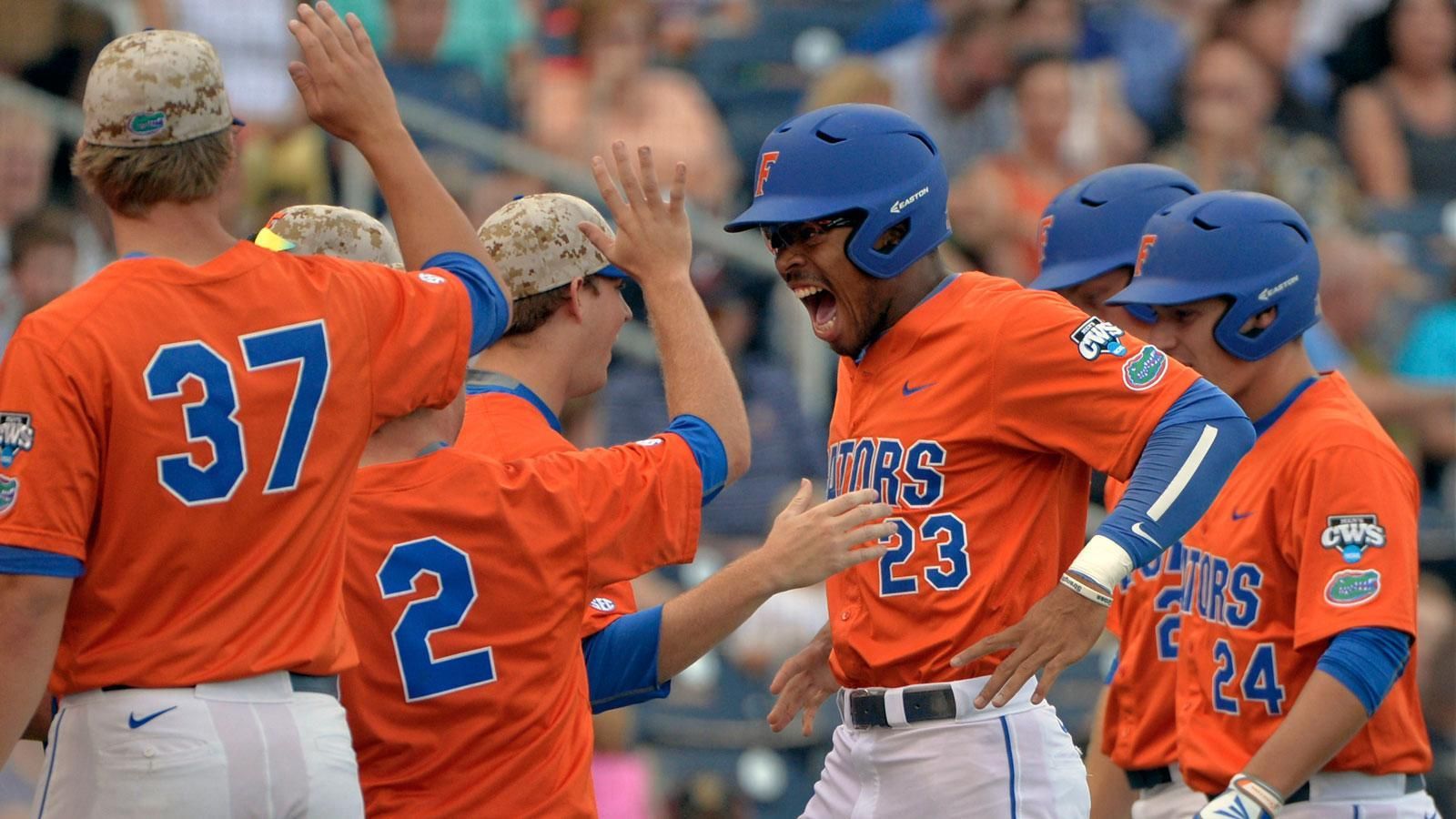