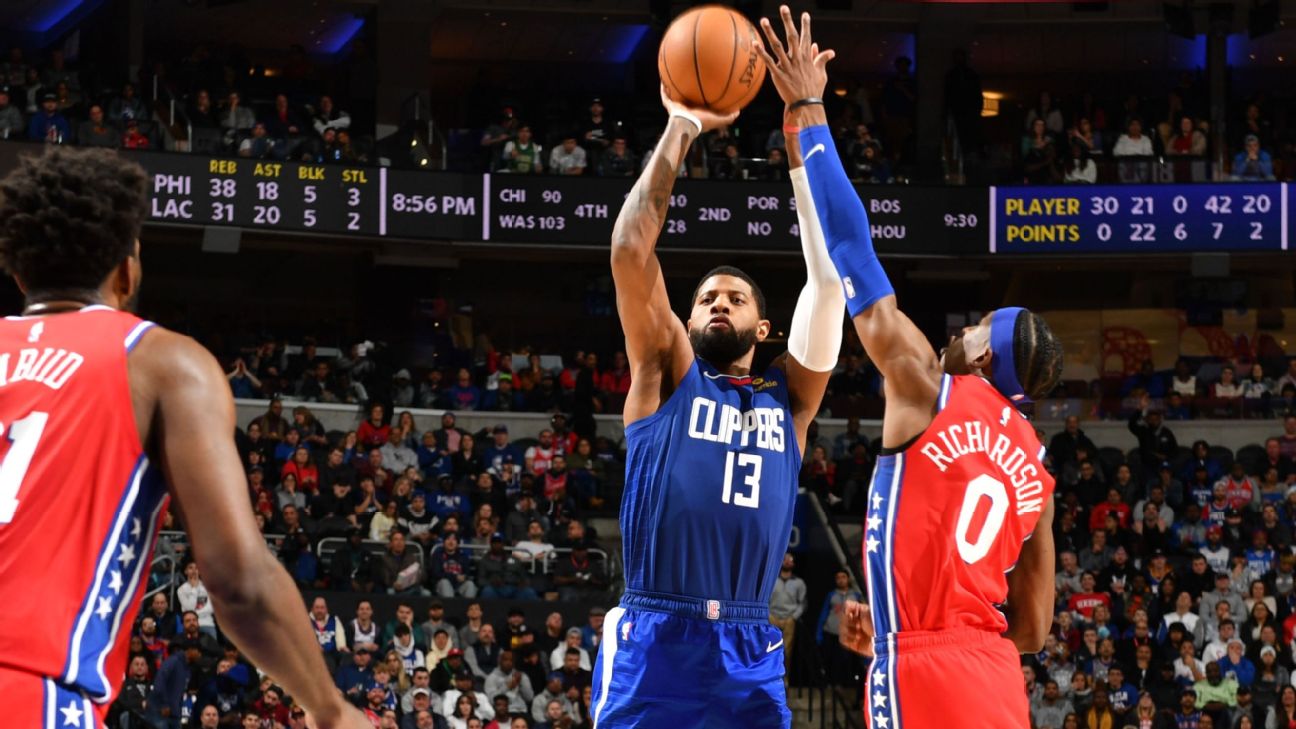 PHILADELPHIA -- While Joel Embiid and the Philadelphia home crowd have had their moments, Paul George felt the Sixers had a big home-court advantage on Tuesday night.

After the LA Clippers lost 110-103 to the Sixers, George pointed toward what he felt was "some home-court cooking" for Embiid and the Sixers.

"I thought we played well, we lost by seven," George said after the game. "There was some home-court cooking tonight, to say the least."

George pointed toward the Clippers being whistled for eight more personal fouls than the Sixers were.

Four of the Clippers starters were called for a combined total of 14 personal fouls alone. Foul discrepancy aside, George loved the big-game playoff intensity that Tuesday night's game brought.

Entering the game, there was a ton of hype and attention surrounding Embiid's social media posts that appeared to be directed toward the home fans. But the game soon became about the Sixers and Clippers, with both teams attacking one another. With Kawhi Leonard facing the team he eliminated with a buzzer-beating shot for the Toronto Raptors in Game 7 of the Eastern Conference semis, George said it was like two teams with championship aspirations seeing what each other was about.

"You got two good teams, two teams that are playing for something obviously," said George, who shot just 3-for-15 but finished with 11 points, 12 rebounds and five assists. "And it's a feel-out.

The intensity between the two teams also involved a minor skirmish between Embiid and new ClipperMarcus Morris Sr., who slapped Embiid's arms away from him before shoving him. The two were separated before Embiid waved on the home fans to cheer even louder.