Kevin Durant hears it from Thunder fans, then leads Warriors to win 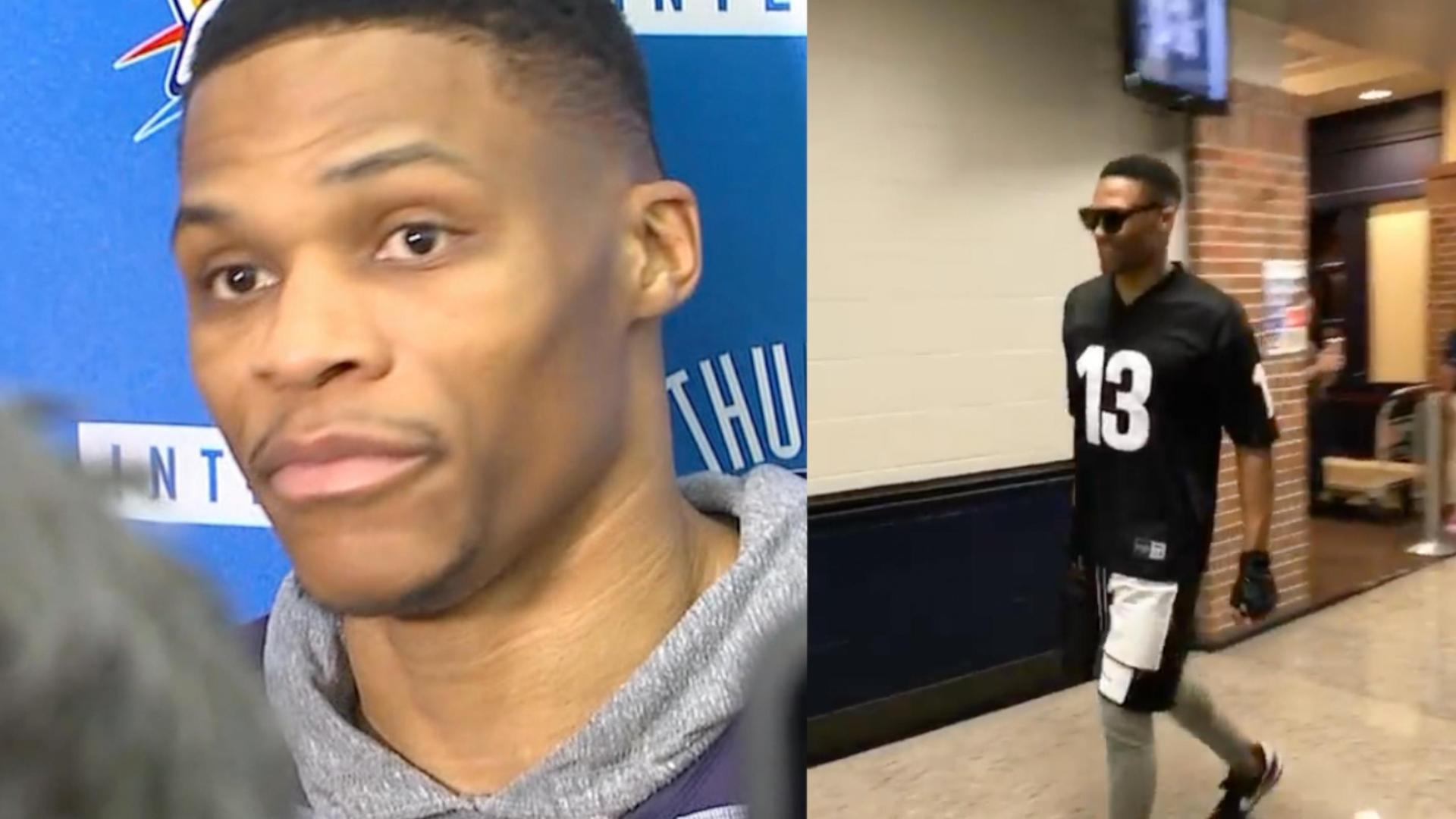 OKLAHOMA CITY -- The expectation was boos, and Oklahoma City Thunder fans delivered, as Kevin Durant was showered with them as he was introduced in his return to the city where he played for eight years.

But by game's end, many of those fans had departed Chesapeake Energy Arena, and it was Durant and his Golden State Warriors teammates who had made the most noise.

The final result: a resounding 130-114 victory for Golden State in which Durant scored a team-high 34 points in his first game back in Oklahoma City.

Immediately afterward, Durant was asked about what had transpired.

"It was a fun game," he told ESPN. "I actually thought [the boos] would be a little bit louder. To become one of these guys who they boo is kind of fun, so I have to embrace it."

The Thunder didn't play a tribute video for Durant. Instead, they went with the introduction, "Please welcome back to Oklahoma City, Kevin Durant" as he was announced. The boos drowned out the PA announcer.

Durant heard the boos and chants of cupcake every time he touched the ball afterward. Following his first miss, the crowd erupted in cheers.

"I've been called worse in my life, man. I've been counted out before I was even born. So that ain't nothing new," Durant said.

As loud as the pregame boos were for Durant, the cheers for Russell Westbrook when he was introduced were louder. As the pregame introductions wrapped up, one fan screamed, "God bless Russell!"

Asked his thoughts on Durant's reception during a second-quarter break, Warriors coach Steve Kerr told ESPN: "It's sports. I'm all for booing the player, but cheer the man."

While the boos tapered off, the trash-talking between Westbrook and Durant only seemed to escalate, with both players jawing emphatically back and forth.

In the third quarter, Durant said something to Westbrook, and Westbrook turned to say, "I'm coming!" After the exchange, referee Bennie Adams talked to both players.

Asked about the exchange by ESPN after the game, Durant said: "I didn't even remember. I was lost in the game."

Westbrook, who finished with 47 points, 11 rebounds, eight assists and 11 turnovers, said too much attention has been paid to his relationship with Durant.

"It doesn't make any sense. It's over with. He plays for his team, I play for my team. Let him do his thing, I do my thing and that's it. Plain and simple," Westbrook said.

Later in the third quarter, Oklahoma City's Andre Roberson fouled Durant hard, and the two got in each other's faces and were called for technical fouls.

"I know Dre. It's all in the game. Nothing is gonna seep off the floor. It's part of the game. And I respect that," Durant said about the incident.

"The decision [Durant] made kinda doesn't sit right with me," Robertson said, referring to Durant's move to join the Warriors via free agency last summer. "But it's in the past."

About 90 minutes before tipoff, Durant acknowledged that he didn't expect a warm reception from fans.

Durant was met by a large media contingent ahead of Saturday's showdown. Asked if he would have changed anything about his departure, Durant said, "No." He did say it felt strange to go to the visitors locker room.

"There's definitely emotion,'' he said. "I played here for eight years. There's no getting around that.''

After speaking to the media, Durant headed to the court for pregame warm-ups. He was met with boos from the Thunder fans but had his headphones on while shooting.

Earlier Saturday, Westbrooktalked as extensively as he has in months about his severed relationship with his former teammate.

"Obviously, us playing here, we grew up here together," Westbrook said. "Since then, his decision has been made about what's best for him and his future, and I made the decision that was best for mine, and that's just how it's been."