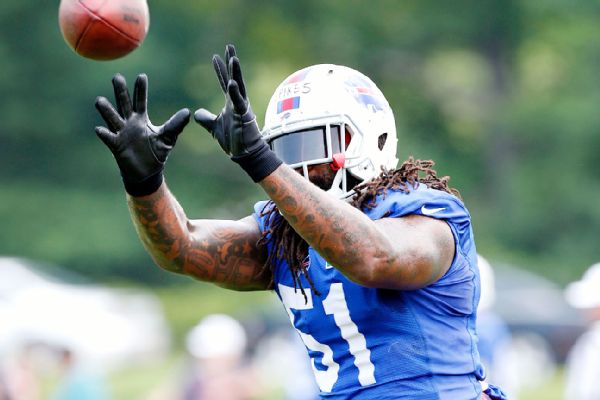 A lawsuit filed more than two years ago by "The Fish Guy," an aquatic services company in Massachusetts, against Buffalo Bills linebacker Brandon Spikes resulted in a portion of Spikes' paychecks being garnished this past season.

Court papers showed that Joshua Wolfson, who transported Spikes' tropical fish and aquarium from Rhode Island to Buffalo when Spikes initially signed with the Bills in 2014, filed a lawsuit in December 2014 seeking $4,045 that Spikes did not pay after the move, The Buffalo News reported Tuesday.

According to court papers, Spikes' attorney told Wolfson's attorney in February 2015 that Spikes was not responsible for repayment because some of the fish died, the News reported.

An Erie County, New York, judge ruled in May 2015 that Spikes owed Wolfson $4,990 after failing to appear for the lawsuit, the newspaper reported. The notice was sent to Spikes' address in Buffalo, but by that time, Spikes was again a member of the New England Patriots -- a stint that ended when Spikes was released in June 2015 after a hit-and-run crash. Spikes was suspended four games by the NFL and did not play in 2015.

Spikes re-signed with the Bills in August, and Wolfson obtained another order to garnish Spikes' paycheck. Spikes still owed "The Fish Guy" over $3,000 when a judge ruled last week that the collection be halted. The case will be back in court Thursday.