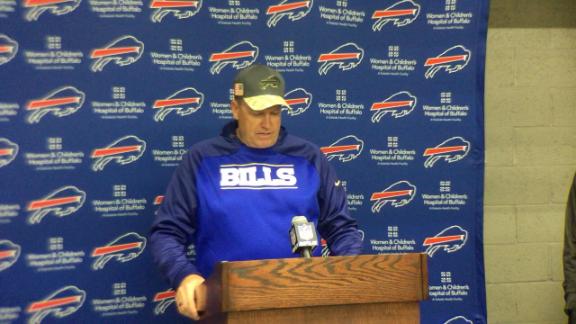 Buffalo Billsrunning back LeSean McCoy will miss Sunday's game against the Miami Dolphins after injuring his hamstring in Wednesday's practice, a source told ESPN's Josina Anderson.

Bills coach Rex Ryan had said earlier Thursday that McCoy did not suffer a "full blown" hamstring injury and he was hopeful of having him back Sunday. The running back did not participate in Thursday's practice but watched part of the session from the sideline.

Offensive coordinator Anthony Lynn wants to be cautious with McCoy's injury. When Lynn served as running backs coach last season, McCoy strained his hamstring in training camp and the injury lingered into the regular season, keeping the star runner out of two games in October.

"I don't want to do what we did last year," Lynn said Thursday. "Going in, playing 85 percent, reinjuring the hamstring and then this thing lingers all year. We just want to get him well and back on the field."

Woods remained in a walking boot in the locker room Thursday, telling reporters that he is doing "everything possible" to be able to play Sunday but acknowledging that he has yet to test his injured foot in practice this week.

"I don't think there's a huge concern long term," Ryan said Thursday, adding that Woods has yet to be ruled out for the game.

If the Bills are without McCoy, the team is expected to start Mike Gillislee at running back. Marquise Goodwin and Justin Hunter would be expected to take the majority of snaps at receiver if Woods cannot play.

Information from ESPN's Mike Rodak was used in this report. 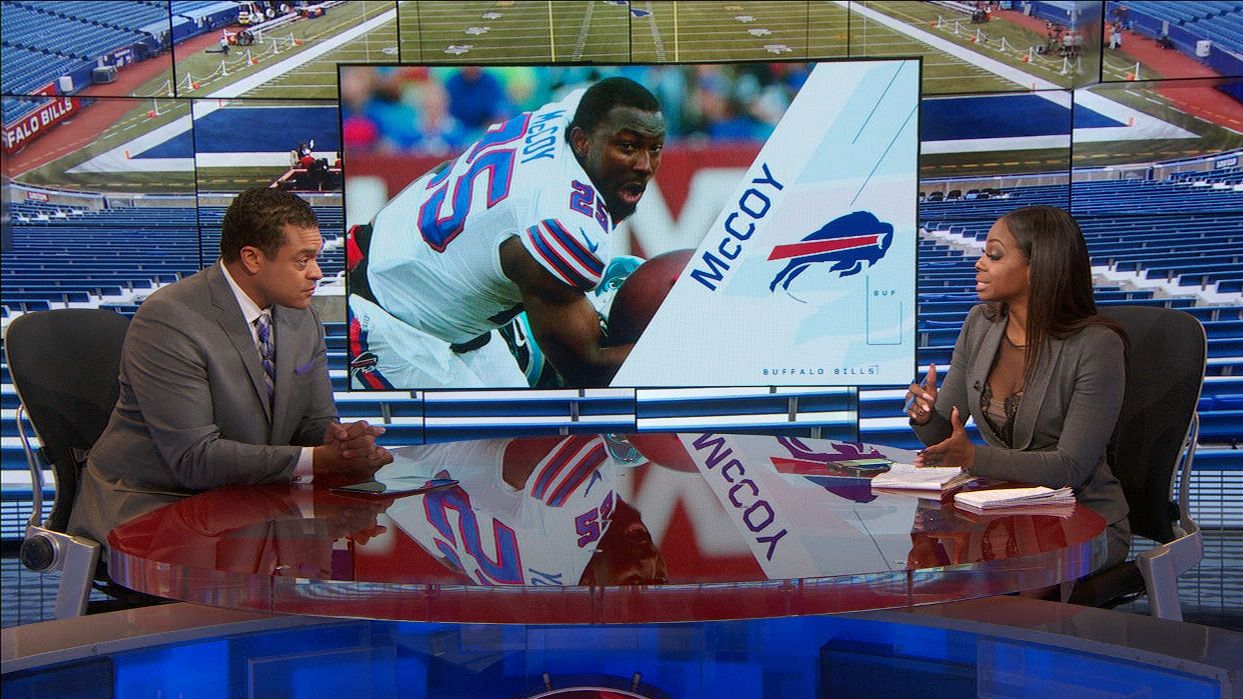 McCoy's hamstring could keep him out for a few weeks
Josina Anderson says that based on LeSean McCoy's history of hamstring injuries, the Bills may decide to hold him out until he is completely healthy. 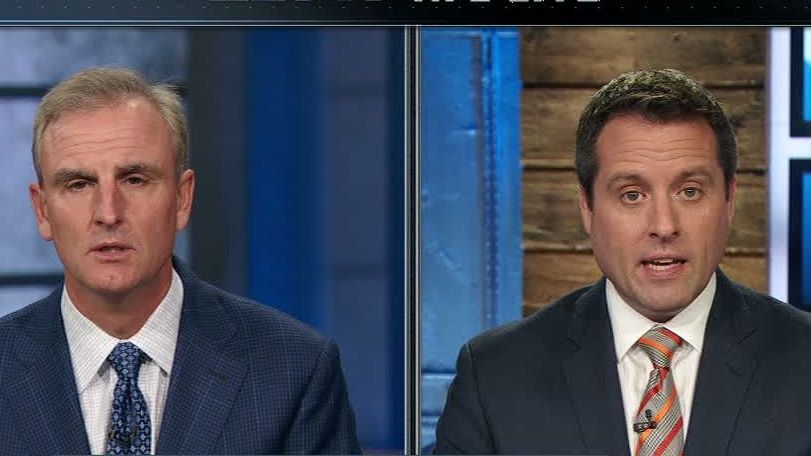