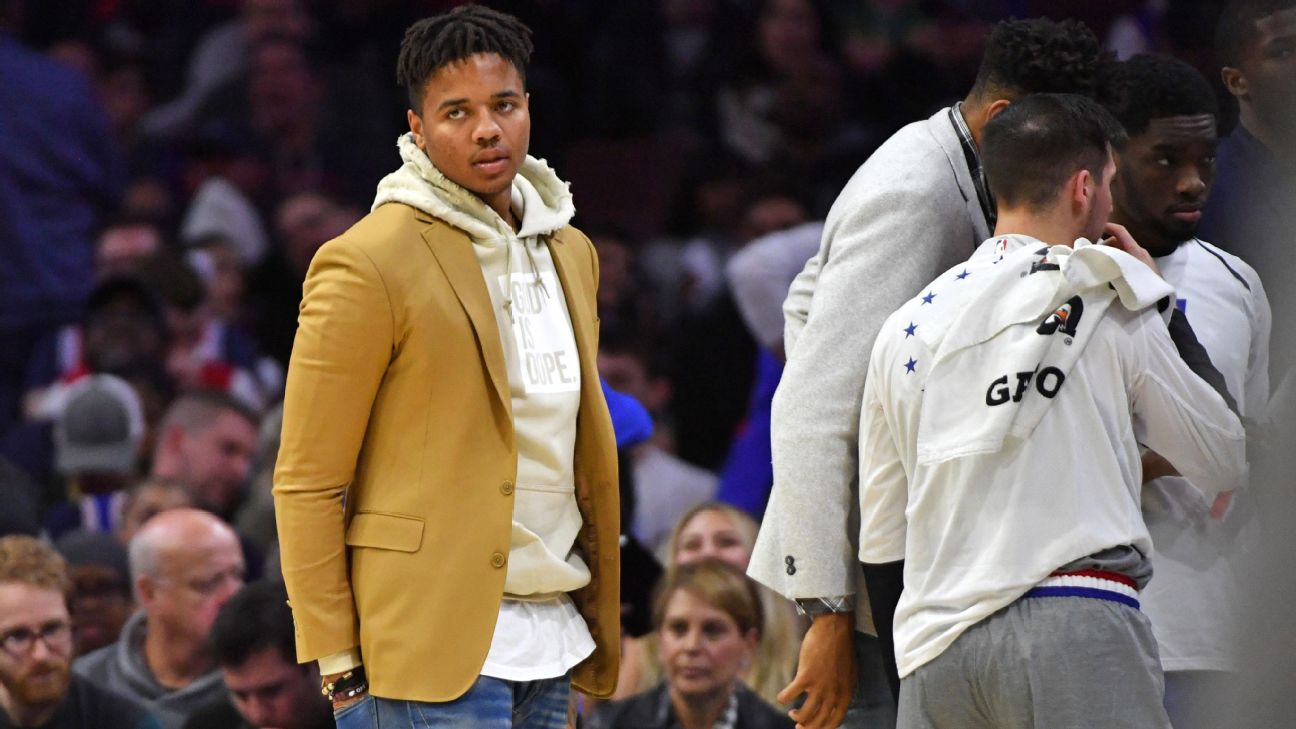 Philadelphia 76ers guard Markelle Fultz's agent, Raymond Brothers, told ESPN that his client is progressing well in rehabilitation on his right shoulder and that he expects Fultz to return to the team this season.

"We want to make sure he's 100 percent and healthy when he does come back," Brothers told ESPN on Tuesday.

So far, Brothers said that Fultz has been regaining strength and mobility in his right shoulder, which the agent believes will improve a jump shot form that has failed the 2017 NBA draft's No. 1 overall pick thus far in the league.

Brothers said there's no timetable on a return, other than he expects Fultz to be back during the regular season. Fultz rejoined the 76ers for their Christmas Day game in Boston on Tuesday and will soon return to Los Angeles, where he has been working under the supervision of doctors and trainers since leaving the team three weeks ago.

Sixers general manager Elton Brand told reporters Saturday that he was unsure about a potential return for Fultz this season and expected an update in a few weeks.

After meeting with several specialists in November and early December, Brothers said that Fultz had been diagnosed with a condition called thoracic outlet syndrome.

On the advice of Brothers, Fultz visited with multiple specialists in late November and early December, consultations that resulted in this diagnosis. Brothers told ESPN in early December that thoracic outlet syndrome "affects nerves between the neck and shoulder, resulting in abnormal functional movement and range of motion, thus severely limiting Markelle's ability to shoot a basketball."

There was a Sixers medical team member at each of the visits to the specialists.

Fultz, 20, has seen many specialists in the past year, beyond his care with the 76ers' training staff.

Brothers informed the Sixers on Nov. 21 that Fultz would seek further opinions on his shoulder before a return to the court -- a decision the organization has left to Fultz and his management team.

Fultz has lost the ability to carry out and follow through on long jump shots, and there has been internal and external debate about how much of this perplexing circumstance is physical vs. mental.

"People were saying it was a mental problem and it is not," Brothers told ESPN in early December. "There's no way you're the No. 1 pick in the world and all of a sudden you aren't able to consistently raise your arms to shoot a basketball. Something is physically wrong. Now we have the answer to that problem."

Before Fultz stepped away Nov. 21, it appeared that the majority of his minutes were starting to go to backup guard T.J. McConnell.