Miami rallies back from 15-point hole, knocks off No. 8 Florida 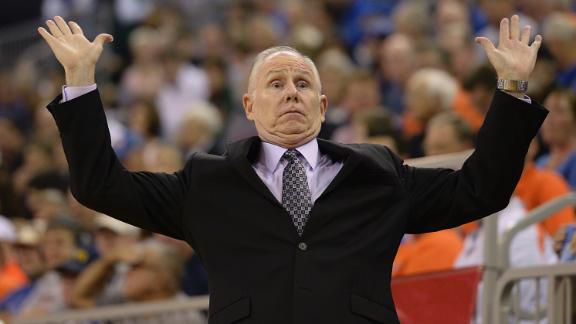 GAINESVILLE, Fla. -- With the game on the line and his confidence soaring, Miami'sAngel Rodriguez asked for the ball.

Giving it to him was the easiest decision coach Jim Larranaga made Monday night.

Rodriguez scored 24 points on seven baskets, including a falling-down, hand-in-the-face 3-pointer with 16 seconds remaining, to help the Hurricanes overcome a 15-point deficit and upset No. 8 Florida 69-67.

"Angel Rodriguez was sensational," Larranaga said. "He's going to do whatever is necessary to win."

Rodriguez helped the Hurricanes (2-0) score 48 points in the second half. The former Kansas State guard hit three consecutive 3-pointers to power Miami to the lead with 1:45 left. His fifth trey was the dagger that ended Florida's school-record, 33-game winning streak at home.

Rodriguez asked to take the shot during a timeout, and Larranaga obliged.

"I told him give me the ball, please," said Rodriguez, who also beat Florida two years ago while at K-State. "I want to thank him and my teammates for trusting me."

Kasey Hill had a hand in Rodriguez's face and even knocked him to the floor, but the off-balance shot went in. Rodriguez scored 21 points in the final 9:02.

"He made some very difficult shots, some tough shots," Florida coach Billy Donovan said. "He took over the game. Really, he was the difference in the game there. Everything was fine and then he hit those two 3s on the break and got going."

Florida (1-1) had a final chance to send it to overtime, but Michael Frazier II missed a jumper at the buzzer.

Eli Carter led the Gators with 21 points, including 16 in the second half.

Carter hit a driving layup with a minute to play that put Florida back ahead 67-65, but Rodriguez answered on the other end. Carter had a chance to respond, but he was called for a charge in the lane with 3 seconds to play.

"It's been a re-occurring theme," said Florida forward Jon Horford, who had 17 points and seven rebounds. "We haven't been as strong in the second half for whatever reason and I'm not sure what that is."

Florida was down four players, including starting forward Dorian Finney-Smith.

Finney-Smith has two hairline fractures in the index and middle fingers on his non-shooting hand. Finney-Smith had been cleared to play Monday, but his left hand swelled when casted and became really painful.

It showed Monday. The Hurricanes shot 65 percent in the second half and 70 percent from 3-point range.

"I was surprised we were even in the game like we were," Donovan said. "I thought our effort really kept us in the game. When we lost that intensity, I think their talent level took over."

Donovan said Finney-Smith is unlikely to play Friday. Florida will get forward Chris Walker back following a two-game suspension. Forward Alex Murphy has to sit out eight more games under NCAA transfer rules.

Miami: The Hurricanes played at Florida for the first time since losing in the 2009 NIT. They improved to 7-29 all-time against the Gators in Gainesville, including 2-1 during Donovan's 19-year tenure. ... Miami's Jim Larranaga faced Florida as George Mason's coach in the 2006 Final Four.

Florida: The Gators will play the back end of the home-and-home series in Miami next year. ... Former Florida players Teddy Dupay and Major Parker were on hand.

Miami plays Drexel in the Gildan Charleston Classic on Thursday. 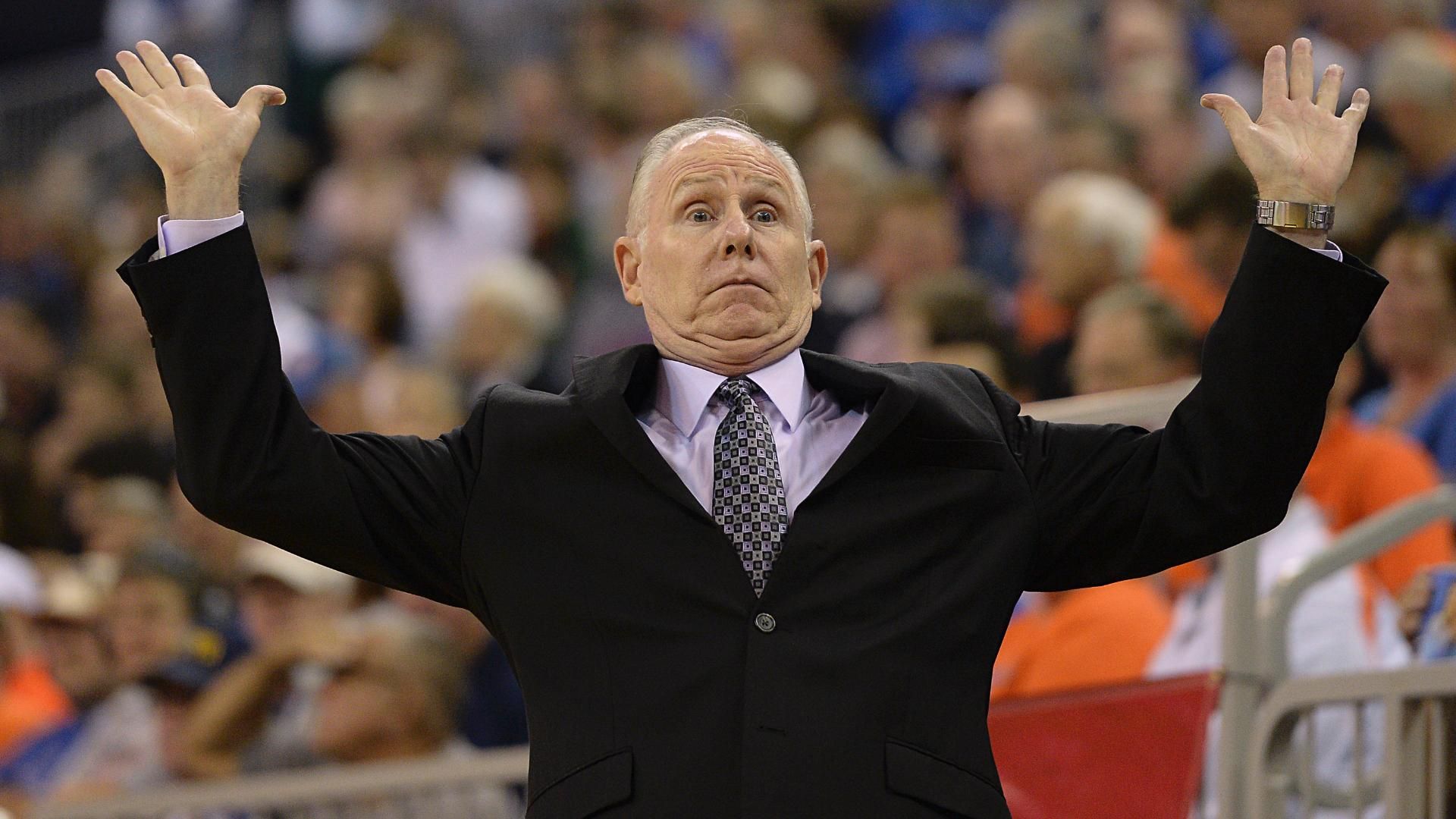 Miami Stuns Florida
Angel Rodriguez had 24 points to lead Miami (Fla.) to a 69-67 win over the Gators.