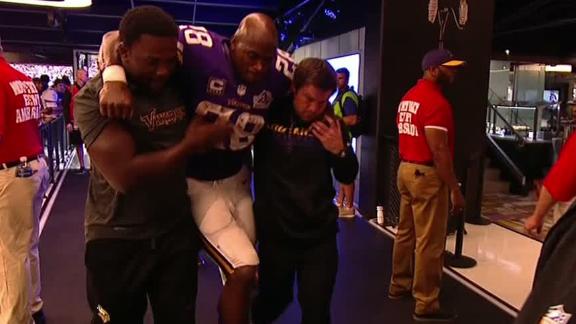 Zimmer, who said a timetable for Peterson's return is uncertain, did not rule out the running back playing this week and said the team is looking at several options.

Peterson slightly twisted his knee at the end of a 5-yard run. His right foot was briefly stuck under the upper leg of Kyler Fackrell as the Packers linebacker brought him to the ground. Peterson left with 3:32 to play in the third quarter.

He was later seen using crutches with a large black brace around the knee.

The 2015 NFL rushing leader, who had just 19 carries for 31 yards last week against the Tennessee Titans, was injured on his longest run of the night.

He had gained only 19 yards on 12 carries, although his presence had helped Vikings quarterback Sam Bradford hit Stefon Diggs on a pair of long strikes when the Packers were loading up to stop Peterson.

Peterson suffered a devastating left knee injury in 2011 -- tearing both his ACL and MCL -- only to bounce back and rush for 2,097 yards in the 2012 regular season. If Peterson were unable to play against the Carolina Panthers on Sunday, the Vikings could turn to Matt Asiata and Jerick McKinnon, who combined to run for 1,108 yards in 2014 while Peterson missed 15 games because of NFL discipline.

"I have a lot of confidence in those two guys," Zimmer said. "They're both different types of runners, but I think the combination of the two can help us."

The injury to Peterson is the latest blow to the Vikings, who saw quarterback Teddy Bridgewater tear multiple knee ligaments on Aug. 30 and started the season with two different quarterbacks after trading for Bradford on Sept. 3. The Vikings, though, are 2-0 and in sole possession of first place in the NFC North.

"Everything we do is for the team. We're not going to be the only team to have injuries," Zimmer said. "So we're going to keep plugging away." 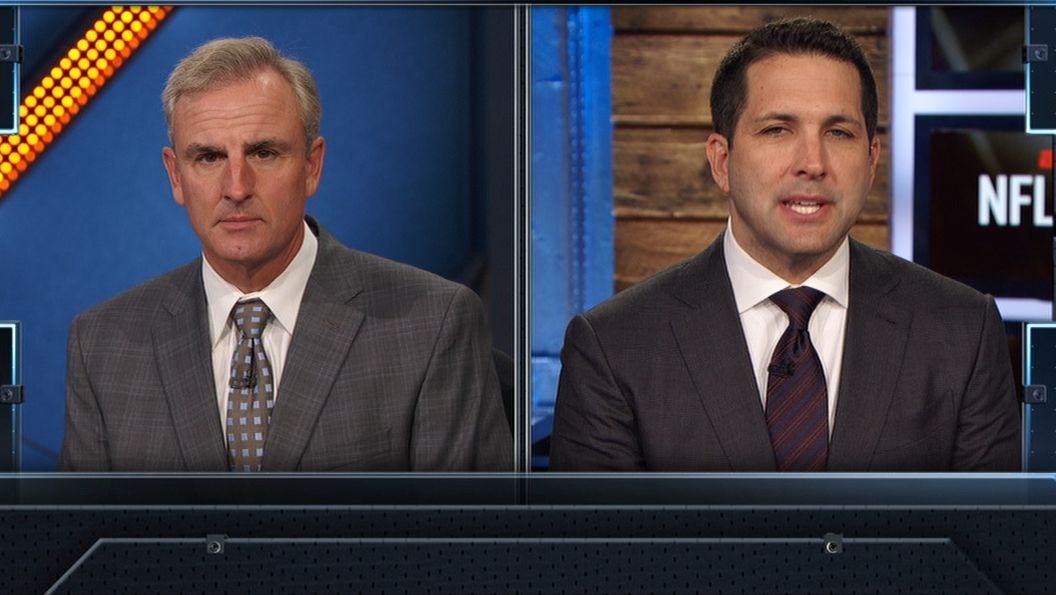