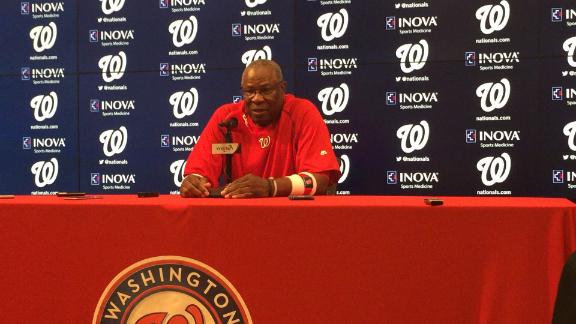 WASHINGTON -- Nationals All-Star catcher Wilson Ramos is out for the season with a torn ACL in his right knee, manager Dusty Baker announced Tuesday.

Ramos suffered the injury in Monday's game against the Arizona Diamondbacks.

Shortly after play resumed following a 20-minute rain delay Monday, Arizona's Yasmany Tomas hit an RBI double to right field. On the play, Ramos leaped up to catch a high relay throw from first baseman Ryan Zimmerman. When Ramos landed on the dirt next to home plate, he collapsed to the ground, clutching his right knee and grimacing in pain.

After spending several minutes on the ground while Washington trainer Paul Lessard examined him, Ramos exited the game, needing assistance as he walked gingerly toward the first-base dugout and barely putting any weight on his right leg.

It is the same leg that Ramos injured in May 2012, when he tore his ACL and MCL during a game in Cincinnati.

Baker said Ramos will see doctors this week, then determine when he will have surgery.

"He's upbeat about things," Baker said. "He knows that other guys have come back from this. ... And I'm positive as strong and as positive as he is and the way he works that he'll be back stronger than ever."

A 29-year-old free agent-to be, Ramos was in the midst of a career year in which he was named an All-Star for the first time. In 131 games for the Nationals, he was hitting .307 with 22 home runs and 80 RBIs, all personal bests.

Without Ramos, Washington will turn to veteran backup Jose Lobaton and rookie Pedro Severino to fill the void behind the plate.

Washington also is dealing with injuries to several other key players. All-Star pitcher Stephen Strasburg has been out since early September with a strained flexor mass, MVP candidate Daniel Murphy has missed the last five games with a strained buttocks muscle, and reigning MVP Bryce Harper missed Monday's contest after injuring his thumb while siding on Sunday.

Although there's no timetable for Strasburg's return, Baker said prior to Monday's game that he expects Murphy to be ready for the playoffs. After the game, Baker announced that Harper's X-rays came back negative.

The Nationals have clinched the National League East division title and will face the Los Angeles Dodgers in the NLDS. 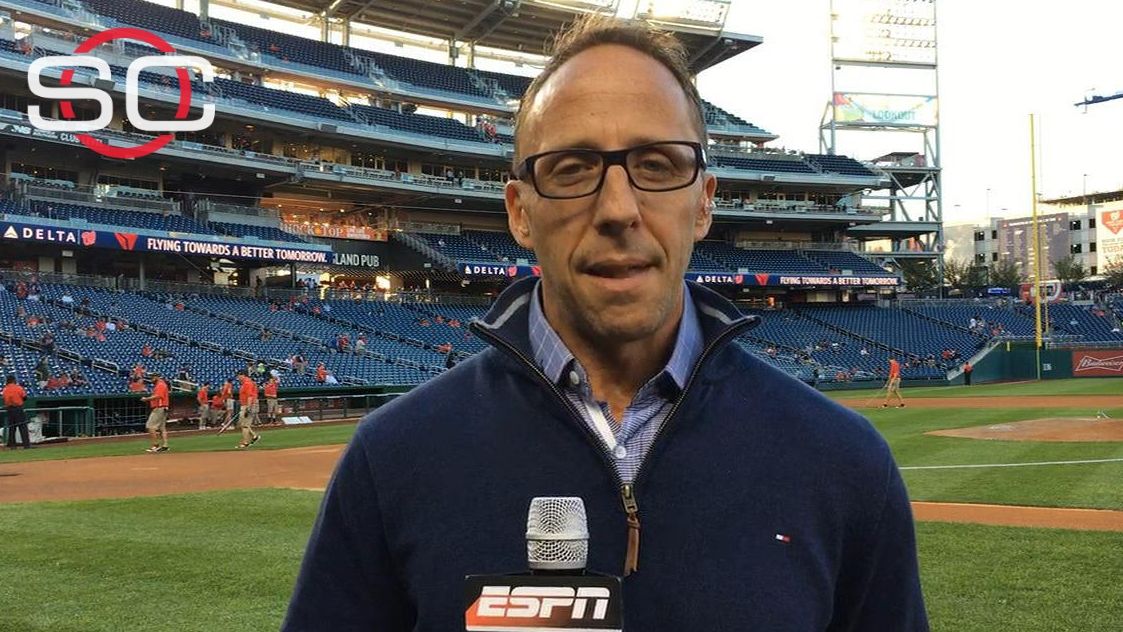 Ramos a 'huge loss' for Nationals
Nationals reporter Eddie Matz explains what the loss of catcher Wilson Ramos to a torn ACL means for Washington.