NFL to kickoff the season in Philadelphia next week with festival

WPVI
PENN'S LANDING (WPVI) -- With less than two weeks to go until the start of the NFL season, the league is getting ready to roll out the red carpet for fans in Philadelphia.

A festival on Thursday will give everyone the chance to celebrate the Super Bowl champs before the Eagles play the Falcons.

"When the NFL kickoff comes to town, the fans and the city are very happy because that means you won the Super Bowl!" said Peter O'Reilly, the NFL's Senior Vice President of Events.

Yes, we are Super Bowl Champions and it will never be forgotten.

But now the focus is shifting to the approaching new NFL season. In little more than a week, on September 6, Penn's Landing will transform into the NFL Kickoff Experience.
The first game of the season will feature our Super Bowl champion Eagles against the Falcons. Hours before the big game, fans can enjoy a free, day-long festival at the Great Plaza at Penn's Landing.

"Across this festival, every piece of this property will include interactive games, the Vince Lombardi Trophy will be here, fans can get their picture with that. All of the Super Bowls rings, including the beautiful Eagles Super Bowl Ring, will be here on display, activities for kids, great food, great drinks," said O'Reilly.

If you attended the 2017 Draft Experience, which attracted a record-breaking 250,000 people to Philadelphia, organizers say the NFL Kickoff event will be similar, with games, concerts, special guest appearances, and much more to kick off the new season - and celebrate the Eagles' Super Bowl victory.

"There is a buzz around the entire Nova Care Complex. We just got back from our game last night but everybody is looking forward to getting the season underway and another great shot at making a run at everything," said Eagles VP of Marketing Brian Papson. "So everyone is excited and anxious to get going."
It's expected that hundreds, if not thousands, of fans, will show up bleeding green and ready to cheer on their Birds. Organizers say you can also expect appearances by Eagles legends throughout the day.
And while you can't watch the opening NFL game at the event, they are re-airing the Super Bowl... commercial free.

"At noon on that day, for the first time ever, we are creating a re-watch party for Super Bowl LII here. One of the greatest games in Super Bowl history, one that Eagles fans will remember forever," said O'Reilly.

Fans excited to see rematch between Eagles and Patriots. Sarah Bloomquist reports during Action News at 5 p.m. on August 16, 2018. Ducis challenged to 5k run for a good cause 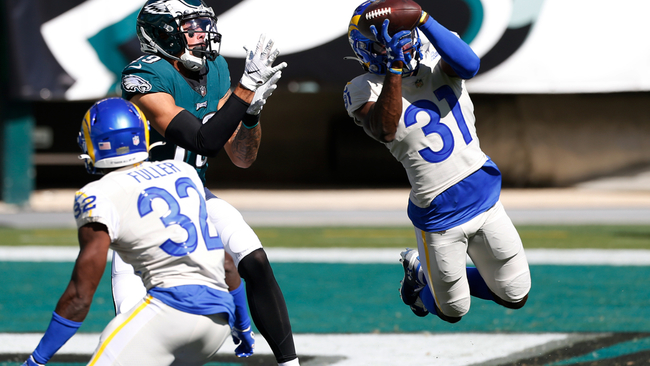 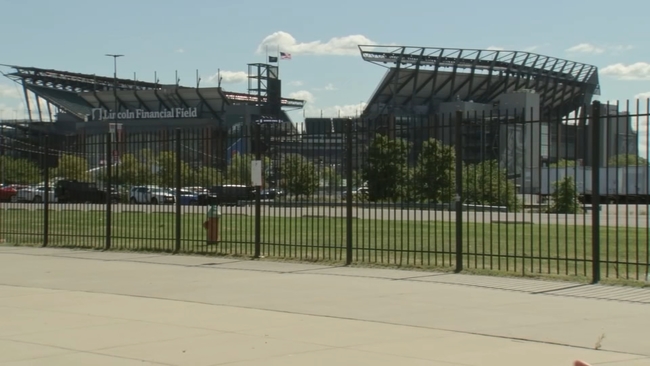