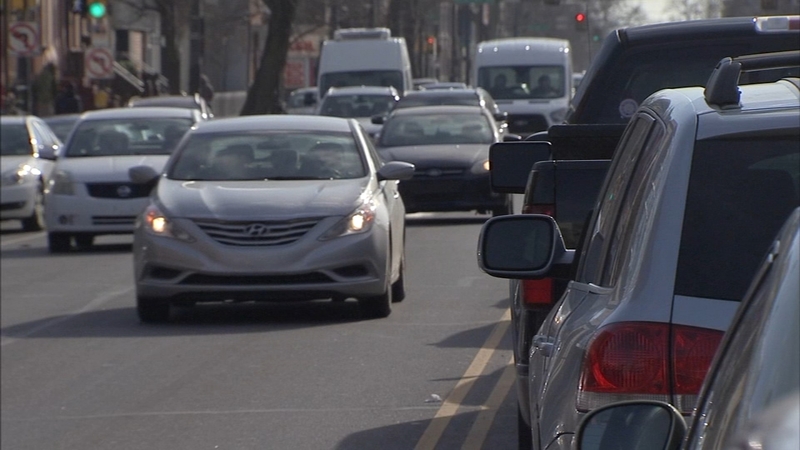 PHILADELPHIA (WPVI) -- Philadelphia police say there will be no parking allowed on Broad Street from South Street to the stadium complex starting Sunday afternoon ahead of the NFC Championship game between the Eagles and the Vikings.

The restriction includes the northbound and southbound sides as well as the median strip.

Restrictions will be in effect from Sunday at 2 p.m. until Monday at 3 p.m. Police say "NO PARKING" signs will be posted along the affected route.

As for the game itself, police say there will be private security and extra police officers inside Lincoln Financial Field on Sunday, and beefed-up deployment all over the city.

Police are also preparing for any possible huge celebrations following an Eagles victory on Sunday over the Vikings, which would send the Birds to the Super Bowl.
That includes Frankford and Cottman in Mayfair, and all along South Broad, where officials say they learned a lot from the spontaneous revelry that broke out when the phillies won the world series in 2008.

"Once the Eagles win, our patrol bureau has a plan set for the rest of the city. We have 21 districts, we had each of those 21 captains identify hotspots, historical locations where people come out to celebrate when one of our sports teams wins," said Deputy Chief Dennis Wilson.

But the Eagles game follows another big event in the city: The Women's March on Philadelphia will be held on Saturday. The Ben Franklin Parkway is already set up with barricades and other large crowd provisions.
The march comes one year to the day after President Trump's inauguration. Police are expecting a huge crowd.

Police say they are tweaking their coverage. Side streets leading to the Parkway will be blocked off from 18th to 25th, with many entrance locations for those on foot.