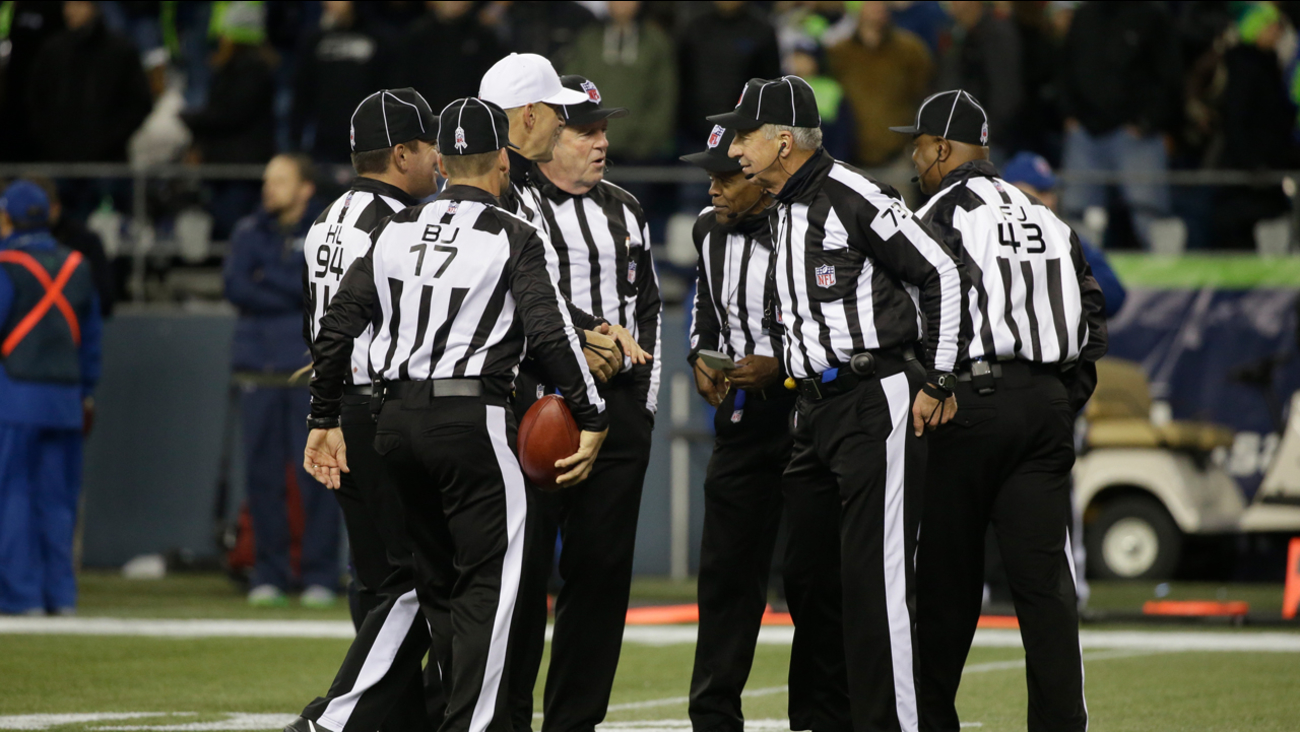 NFL owners approved a massive philosophical expansion of the league's replay review system Tuesday, bowing to pressure from coaches and fans who were outraged by a missed pass interference call in the NFC Championship Game.

For at least the 2019 season, pass interference -- both offensive and defensive -- will be reviewable. They are the first penalties in the history of the league's replay system to be added to the list of approved reviews. And for the first time, coaches will be able to challenge non-calls for pass interference.

The replay booth, in conjunction with the league's officiating office in New York, will initiate those challenges in the final two minutes of each half. Coaches will still be limited to two challenges per game, with a third awarded if they are successful on the first two.

The move was championed by the New Orleans Saints, and coach Sean Payton in particular, after officials missed an obvious pass interference call Jan. 20 in the fourth quarter of their 26-23 loss to the Los Angeles Rams. A member of the competition committee, Payton spoke aggressively both in public and private during these meetings to push for a solution that could correct such mistakes in the future. He challenged owners on the consequences of inaction and even noted the impact of missed calls on the integrity of the game at a time of increasingly mainstream sports gambling.

"There was an owe-it-to-the-game responsibility," Payton said after owners approved the measure 31-1. "And really I mean that. I think it's important that this isn't going to be perfect always. We know that. The mere shape of the ball tells you it's not going to bounce the same way. But these are fouls that the analysts are able to tell us they're the most impactful fouls. I think we got it right."

"I felt like (the rule) it needed to change. It could happen to anyone," Benson said. "It could have happened to any of the other 31 teams. It happened to us. But I wanted the rule to change. It will be better for everybody because it will never happen again. ... I'm very proud of Sean. He did a great job."

Indeed, over the past three seasons, defensive pass interference has cost teams an average of 15.2 yards per call. Those fouls total 9 percent of all penalties. But because of the yardage involved, they represent 70 percent of penalties with the largest impact on the league's internal version of a win probability statistic, according to documents distributed to committee members this winter. Of the 19 pass interference calls that most impacted win probability during that period, 13 occurred in the last two minutes of the fourth quarter or overtime.

The competition committee initially proposed a modified expansion that would have allowed pass interference penalties to be reviewed but stopped short of allowing review of non-calls. According to chairman Rich McKay, four of the eight committee members were initially opposed to allowing non-calls to be reviewed. In essence, they did not want to give anyone other than the officials on the field the authority to call penalties.

McKay would not name those members, but said they changed their minds Tuesday prior to the vote.

"Ultimately," commissioner Roger Goodell said, "people compromised on long-held views because they want to get the play right."

Payton had galvanized all 32 coaches in support of some form of change this week. Many coaches expressed interest in using a replay official already in the press box to alert the referee to an obvious mistake. Ultimately, however, McKay said there was more support for maintaining the current structure of replay and simply adding pass interference to the list of reviewable plays.

The decision to support reviewing penalties and non-calls likely will serve as a gateway to replay expansion in the future, even if the challenge structure remains in place.

"I could see it expanding to other plays in the future," Goodell said, "but within the challenge system."

In other news, owners:

- Tabled a proposal, originally put forth by the Kansas City Chiefs, to guarantee each team a possession in overtime.

- Voted down a proposal from the Denver Broncos to give teams a one-time option in the fourth quarter to have a fourth-and-15 from their 35-yard line, as an alternative to an onside kick.
- Made permanent the 2018 changes to the kickoff rule, which had been made on a one-year trial basis.
- Voted to eliminate all blindside blocks, not just those to the head or neck area, to increase safety on punts and other plays.
"The blindside block, it ends careers," said Troy Vincent, the NFL's executive vice president of football operations. "It puts people on the shelf. ... To have that removed out of our game, it is significant."

- Approved a proposal that gives teams a choice in the timing of enforcement on a personal foul or unsportsmanlike conduct after a scoring play. The yardage can now be marked off either on the extra point or on the kickoff.
- Voted to allow the NFL's officiating department to eject players for flagrant football fouls from the New York command center. Previously, it could eject players for non-football acts such as punching or fighting, but only referees could eject players for flagrant hits.
- Voted to use competitive tiebreakers, rather than a coin flip, for most ties in determining drafting order.
Report a correction or typo
Related topics:
sports
Copyright © 2021 ESPN Internet Ventures. All rights reserved.
TOP STORIES
Colin Powell dead at 84 from COVID-19 complications
'You are not alone:' Lane Johnson issues message on mental health
Philly resident voices concerns after ATV riders fill city streets
Gunman shoots 4 people inside Lancaster, Pa. mall: Police
US, Haiti seek release of 17 abducted by gang, including 5 children
Trial begins for man accused of shooting 6 Philly officers
Group protests in front of billboard calling for resignation
Show More
NJ vaccine mandate for school staff, state workers | What to know
LA County wants Vanessa Bryant to take psychiatric exam before trial
Trenton house fire spreads to neighboring church
Jury selection to start in trial over Ahmaud Arbery's death
Monday is last day to register to vote for Pa. election
More TOP STORIES News