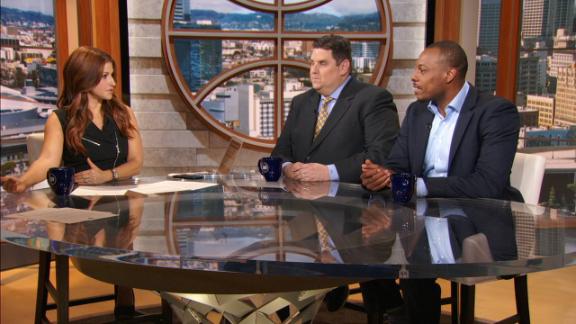 Joel Embiid was the worth the wait. The third overall pick in the 2014 draft, who missed the first two seasons of his career because of injuries, made the NBA All-Rookie First Team on Monday.

A broken bone in his right foot that required surgery cost him two seasons, but Embiid averaged 20.2 points and 7.8 rebounds in 31 games last season. Again, injuries were a factor as his campaign was cut short because of a knee injury.

Chris Paul of the LA Clippers and Patrick Beverley of the Houston Rockets round out the squad.

Brogdon and Saric were unanimous choices for the All-Rookie team. Those two, along with Embiid, are finalists for Rookie of the Year.

Saric was second in rookie scoring at 12.8 points per game and teamed with Embiid to be the first teammates to make the All-Rookie team since 2008.

Hield led all rookies in 3-pointers made (148), while Hernangomez led rookies in field goal percentage (52.9) and double-doubles (11).