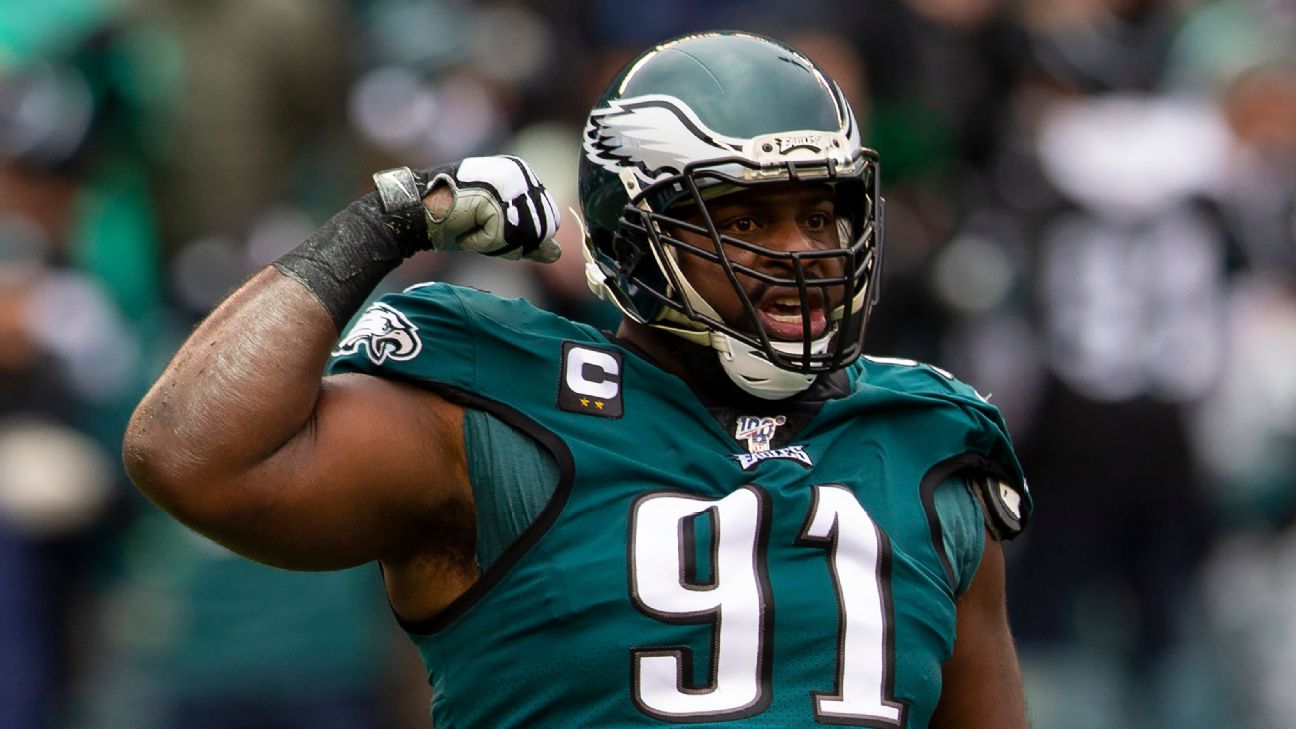 The Philadelphia Eagles have agreed to a one-year deal with Fletcher Cox, two days after releasing the Pro Bowl defensive tackle in a cost-cutting move.

The new deal is worth $14 million, a source told ESPN's Adam Schefter on Saturday.


At 4 p.m. ET Thursday, $18 million of Cox's previous contract would have become guaranteed.

Cox, 31, has made six Pro Bowls and has been named to four All-Pro teams since being selected 12th overall in the 2012 NFL draft. He was a key part of Philadelphia's championship team and posted a career-high 10.5 sacks the next season.

His play had fallen off of late, however. He finished with 3.5 sacks in 16 games last season. He was also publicly critical of how he was being deployed by defensive coordinator Jonathan Gannon. Cox was the subject of trade talks before November's trade deadline.

The Eagles also agreed to a one-year deal with running back Boston Scott.