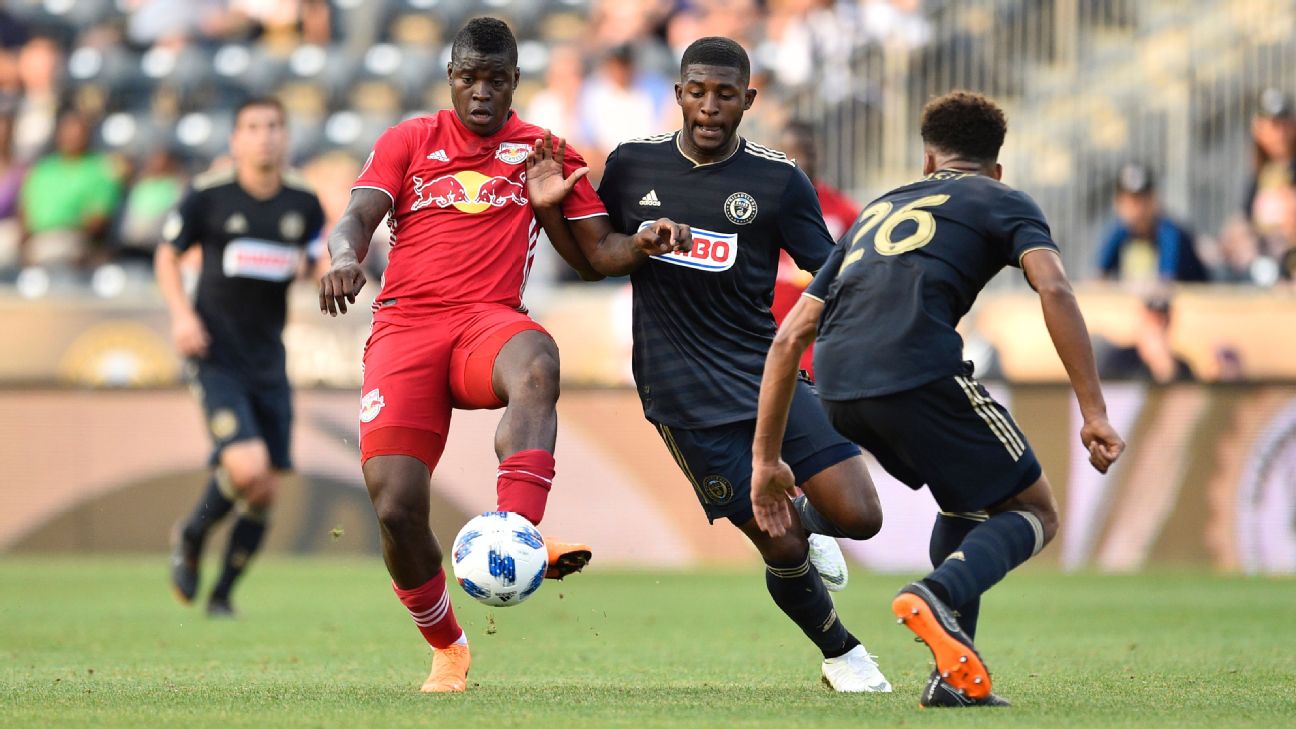 The Philadelphia Union beat the New York Red Bulls 2-1 on Saturday to advance to the U.S. Open Cup quarterfinals.

Haris Medunjanin opened the scoring for the hosts with a shot from distance in the 52nd minute, and nine minutes later Cory Burke doubled the lead after getting behind the defense.

The Red Bulls halved the deficit when Alejandro Romero Gamarra played in Bradley Wright-Phillips in the 77th minute, but they could not find an equalizer.

The Union advance to host the winner of D.C. United and Orlando City in the next round.

Croizert's dramatic late winner came after a brace fromDaniel Salloi was canceled out by goals fromCarlos Gruezo and Roland Lamah.