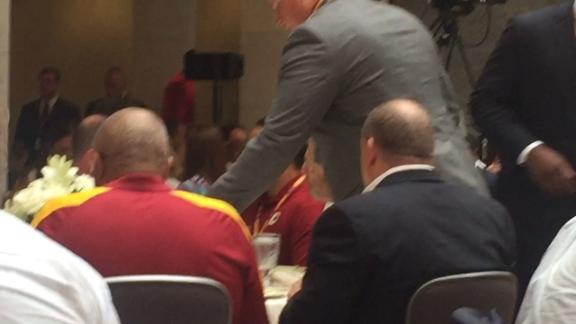 WASHINGTON -- Redskins quarterback Robert Griffin III, who entered the team's Welcome Home Luncheon with new starter Kirk Cousins, was later given a 15-second standing ovation when he had the stage to himself in what could be his final week as a member of the franchise.

Griffin, though, steered clear of any speculation surrounding his job situation during a 40-second speech after receiving the Redskins' Salute Award for his involvement with the military community on Wednesday. He thanked teammates who have helped lead him "in the right direction" and helped him use the platform he was given.

Often a dynamic speaker, Griffin showed no emotion on his face or in his voice during the speech.

"In the military, the one thing you have is your word," Griffin said. "And when you give your word to somebody, you have to follow through. And I gave my word to my family, teammates and the military that I will always be there for them. Appreciate you guys."

Griffin, who lost his starting job earlier this week when coach Jay Gruden gave the job to Cousins, has not made any public comments regarding the situation.

Final cuts must be made by 4 p.m. Saturday, and there's a chance the Redskins will either trade Griffin or release him.

With that as a backdrop, the crowd of about 600 people at the corporate-driven luncheon -- as well as Griffin's teammates -- stood and applauded as the quarterback headed to the stage.

Earlier the quarterbacks were introduced as a group and received warm applause.

Before the event began, Griffin mingled in a VIP section with several other teammates and team officials as other players signed autographs for fans in a separate room. 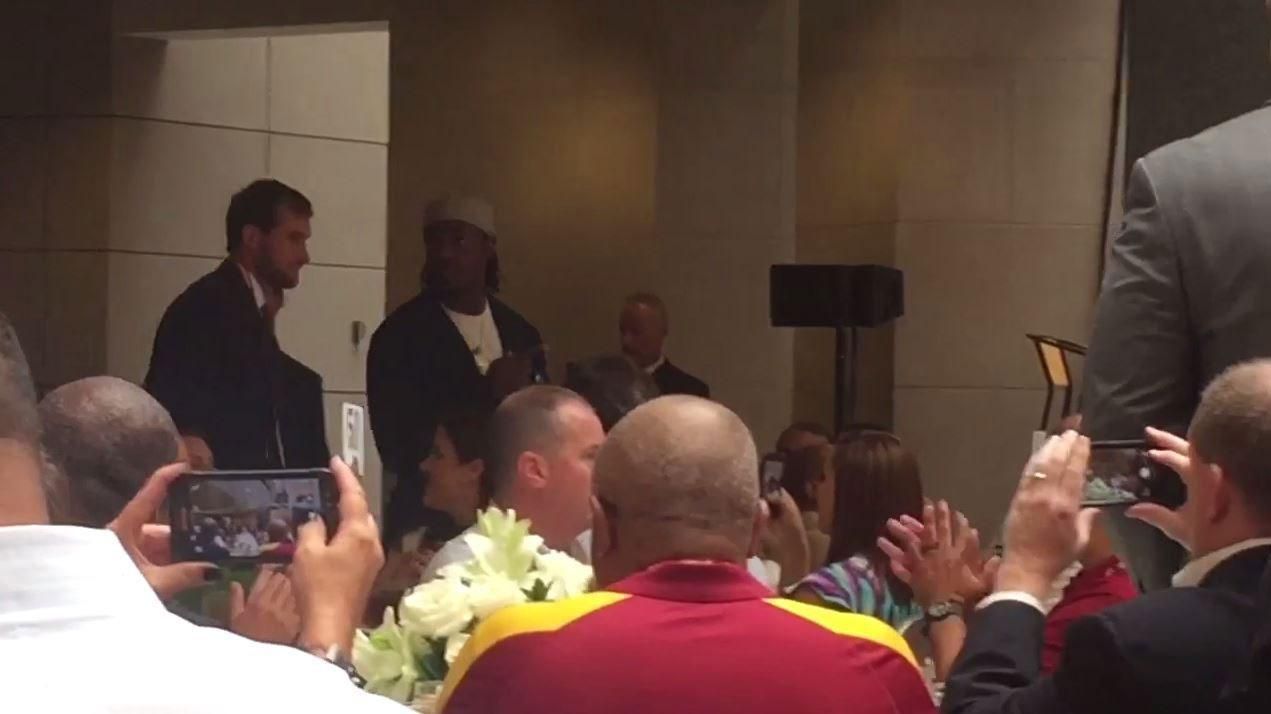