Serena Williams, Novak Djokovic to get early tests at US Open 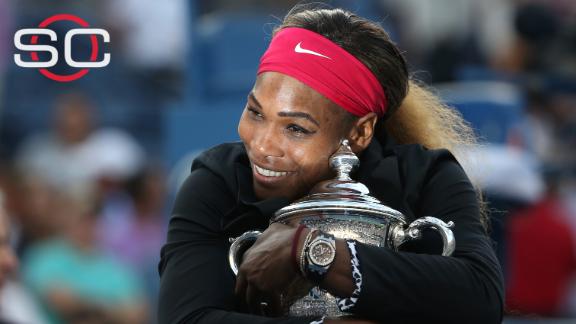 NEW YORK --Top-ranked Serena Williams, who is seeking a record 23rd Grand Slam title, will meet two-time major semifinalist Ekaterina Makarova in the first round of the US Open, it was announced Friday.

Makarova made two straight major semis at the 2014 US Open, losing to Williams, and the 2015 Australian Open. Her ranking has slipped to 36th, and she just missed a seed at Flushing Meadows. The Russian is coming off an Olympic doubles gold medal.

Williams could face fourth-seeded Agnieszka Radwanska in the semifinals, which is also when she could potentially meet sister Venus. Australian Open champ Angelique Kerber and French Open winner Garbine Muguruza are in the other half of the draw, which was set Friday.

On the men's side, top-ranked Novak Djokovicwill open the final Grand Slam event of the season against 2013 Wimbledon semifinalist Jerzy Janowicz.

Janowicz has been ranked as high as 14th but has struggled in recent years and missed much of this season because of injuries. He's currently ranked 228th and used a protected ranking to get into the US Open.

Friday's draw set Djokovic and Rafael Nadal as potential semifinal opponents, while Andy Murray and Stan Wawrinka are in the other half of the bracket.