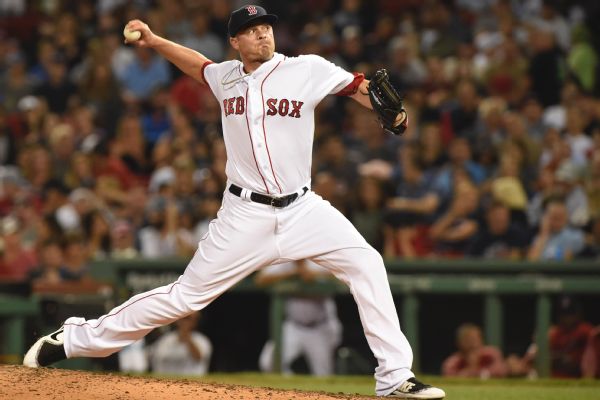 The Philadelphia Phillies and reliever Addison Reed are closing in on a three-year deal, sources told ESPN's Buster Olney.

What Reed lacks in electric stuff, he makes up for in durability. Over the past five seasons, the right-hander has made 342 appearances, fifth in the majors behind Bryan Shaw, Tony Watson, Cody Allen and Tyler Clippard.

Reed also is a consistent strike-thrower, walking only 2.25 batters per nine innings since 2013. The 28-year-old has been both a setup man and a closer.

Reed began this past season with the New York Mets before being acquired by the Boston Red Sox. He has also previously played for the Chicago White Sox and Arizona Diamondbacks.

He also wasn't eligible for a qualifying offer because he got traded in midseason, which helped make Reed one of the most appealing relievers on the market.