Sources: LeBron James tells Cavs he will re-sign with them 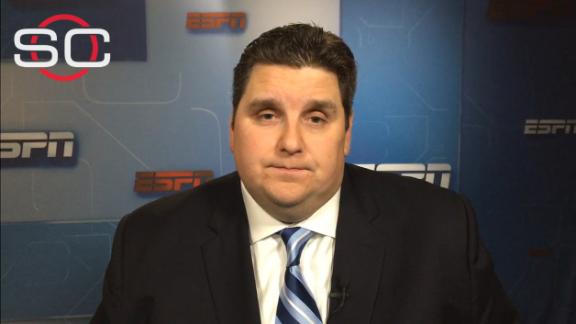 LeBron James has informed the Cleveland Cavaliers he will be re-signing with the reigning NBA champions this summer but still has no timetable for negotiating or signing a deal, sources told ESPN.

James is one of several members of the Cavs from last season's championship team that remain unsigned, including J.R. Smith and head coach Tyronn Lue.

James is currently traveling and spending time with family. He will meet with agent Rich Paul and go over his contract options at some point but there is no rush, sources said.

Under league rules, James has several contract choices. He can sign for up to $27.5 million next season on a one-year deal -- as he's done the past two summers -- or sign a multiyear deal that could make him the league's highest paid player at $30.8 million for next season.

James has vacationed in Spain and Hawaii in addition to spending time at his new home in Los Angeles over the last month. His timetable for signing is not related to Smith, who is also represented by Paul.

As with last year, when Paul represented both James and then-free agent Tristan Thompson, the free agencies are being conducted separately, sources said.

Smith and the Cavs have been in negotiations but remain apart on terms. Last week, Cavs general manager David Griffin told ESPN he was "very confident" the team would work out a deal to re-sign Smith.

The situation with Lue is a little more complex. Lue remains under contract from a four-year, $6.5 million deal he signed in 2014 that then made him the highest-paid assistant coach in league history.

When he was promoted to head coach in January, Lue verbally agreed to a three-year deal but never signed the pact. The sides have been talking about a new deal since June but have yet to come to terms, sources said.

The Cavs have also had talks with veteran free agent James Jones, who remains unsigned. Jones wants to return to the Cavs but has options elsewhere, agent Joel Bell said.