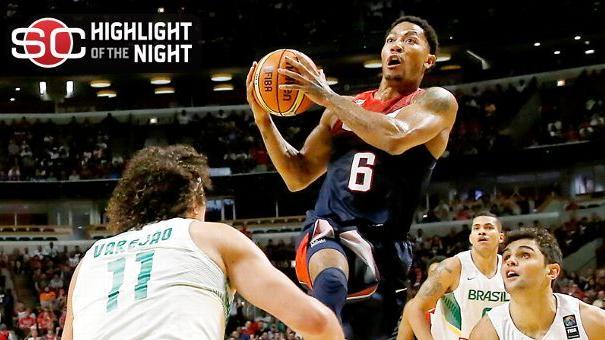 WEST POINT, N.Y. -- Final cuts to the Team USA roster could come as soon as Thursday, according to USA Basketball chairman Jerry Colangelo.

Colangelo told ESPN.com that one scenario under consideration by USA Basketball officials is reducing the current 16-man roster to 12 or 13 players after Wednesday night's exhibition game against the Dominican Republic at Madison Square Garden.

"We've said we wanted to wait through the end of the week in New York before we made cutbacks," Colangelo said Monday, "but that could still change."

The appeal of making cuts after the game against the Al Horford-less Dominicans, Colangelo said, is setting up coach Mike Krzyzewski and the group that will ultimately represent the United States at the FIBA World Cup starting Aug. 30 in Spain for "one good practice together" before Friday night's MSG exhibition against Puerto Rico.

Colangelo, though, did stress that keeping all 16 players through the Puerto Rico game is also still an option. Team USA is then scheduled to fly to Europe on Saturday to begin a 23-day stay in Spain for FIBA's inaugural World Cup, which runs through Sept. 14.

In the wake of a wave of pullouts by star players Kevin Durant, Kevin Love, Blake Griffin, LaMarcus Aldridge and Russell Westbrook, as well as the devastating compound leg fracture Paul George suffered Aug. 1, Team USA appears to have as many as 10 players still battling for the final six roster spots.

DeMarcus Cousins, Mason Plumlee and Andre Drummond are competing for only one guaranteed spot as backup center, though it's possible two of them could be on the plane to Spain.

Guards Damian Lillard and DeMar DeRozan are also at risk of being cut, but that likely depends on how many of the five versatile swingmen (Klay Thompson, Rudy Gay, Chandler Parsons, Gordon Hayward and Kyle Korver) survive.

Four of those 10 players will have to be let go Aug. 29, while the following six players appear to have secure spots as what Colangelo and Krzyzewski have consistently referred to as the "core players" of the squad: Anthony Davis, Derrick Rose, James Harden, Kenneth Faried, Steph Curry and Kyrie Irving.

"We haven't picked the team yet," Krzyzewski said Monday after Team USA's day-long tour of West Point, where the Duke coach played and later coached in the 1960s and '70s.

In a televised interview Monday with ESPN2's Cassidy Hubbarth and Fran Fraschilla, Krzyzewski played coy when asked if the substitution patterns in Saturday night's exhibition victory over Brazil in Chicago have any bearing on which four players are most likely to be cut.

"People read into everything," Krzyzewski said. "That's part of the world we live in. That's why we have shows. Because if they weren't talking about that, no one would be watching. ... First of all, you never play 16 guys in a game, so we have to take a look at certain things. In these next two games, we'll look at more and then hopefully we'll be down, before we go to Gran Canaria, to about 12."

Parsons, Korver and Lillard all saw limited playing time in the win over Brazil, while Drummond, DeRozan and Hayward never left the bench. 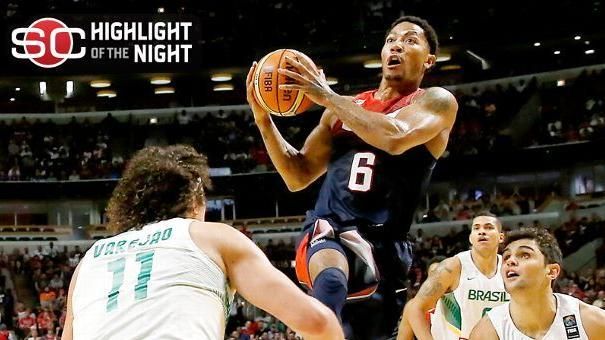