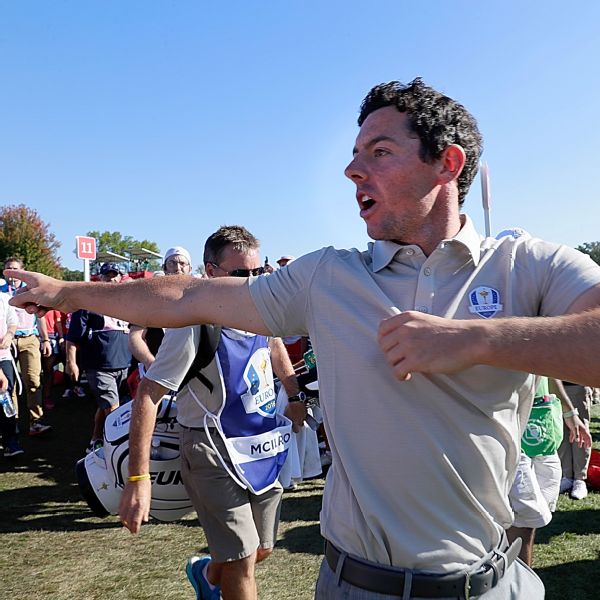 A fan was ejected from Hazeltine National Golf Club on Saturday after directing a crude comment at Team Europe star Rory McIlroy.

Fans attending the Ryder Cup couldn't resist heckling McIlroy throughout the day, and while some of it was playful, it grew increasingly nasty as Saturday afternoon four-ball was contested.

After McIlroy made an unlikely birdie on the seventh hole, and punctuated his celebration by turning toward Lake Hazeltine and howling with glee, it got particularly ugly. On the walk to the eighth tee, a good 300 yards up a hill with the crowd lining both sides of the ropes, one fan leaned toward the Northern Irishman and screamed an obscenity at him.

McIlroy, who had been reluctant to acknowledge the jeers for much of the day, immediately stopped and pointed right at the fan. He called out for security and continued his icy stare-down with the fan until an officer arrived. McIlroy strutted up the hill, took a few deep breaths, then hit an iron shot right over the flag at No. 8 to 15 feet.

"He said some derogatory things that went over the line. I tried to get him removed," McIlroy said.

He and Thomas Pieters won the hole to go 3-up overBrooks Koepka and Dustin Johnson. They ended up winning the match, 3 and 1, but the U.S. leads Europe 9-6.

"It's a tough environment for us to come and play in," he said. "We expect that. It's the same for the U.S. guys when they come to play in Europe. You have to keep your concentration out there. It's been a long day, and sometimes emotions run high.

"It fueled me a lot. The more they shouted, the better we played. I hope they shout at us all day tomorrow."

Police in the area work together with event security during the Ryder Cup. The PGA of America estimates that some 250,000 people will have attended the entire week's festivities by Sunday's end.

On Sunday, the PGA issued a statement saying security staff will remove any fans who "are disruptive in any way, including the use of vulgar or profane language directed at the players."

"They are inappropriate in their heckling, their boisterousness and behavior," Knight said. "There have been a couple who have singled out some players and been over the line in what they are yelling at them.

"I don't know if one of those players was Rory McIlroy. Sergio Garcia was a target."

Heated exchanges between fans and players are nothing new to the Ryder Cup, especially this week.

On Friday, McIlroy attempted to quiet the noise at Hazeltine when heturned to the partisan American crowd and bowed, twice, then screamed, "C'mon!" as he punched the chilly Minnesota air with his fist after rolling in a 20-foot eagle putt on No. 16 to finish off Johnson and Matt Kuchar in four-ball.

That came after an American four-point sweep in the morning.

McIlroy said he wasn't "fazed by anything said by the crowd."

Danny Willett, the European player and Masters champion,was heckled and jeered throughout his Ryder Cup debut Friday afternoon, a vociferous response from fans at Hazeltine who took exception to a crude but humorous essay penned by his brother this week that called American golf fans "fat, stupid, greedy [and] classless."

Information from ESPN.com's Bob Harig, ESPNUK's Leo Spall, the Press Association and The Associated Press was used in this report. 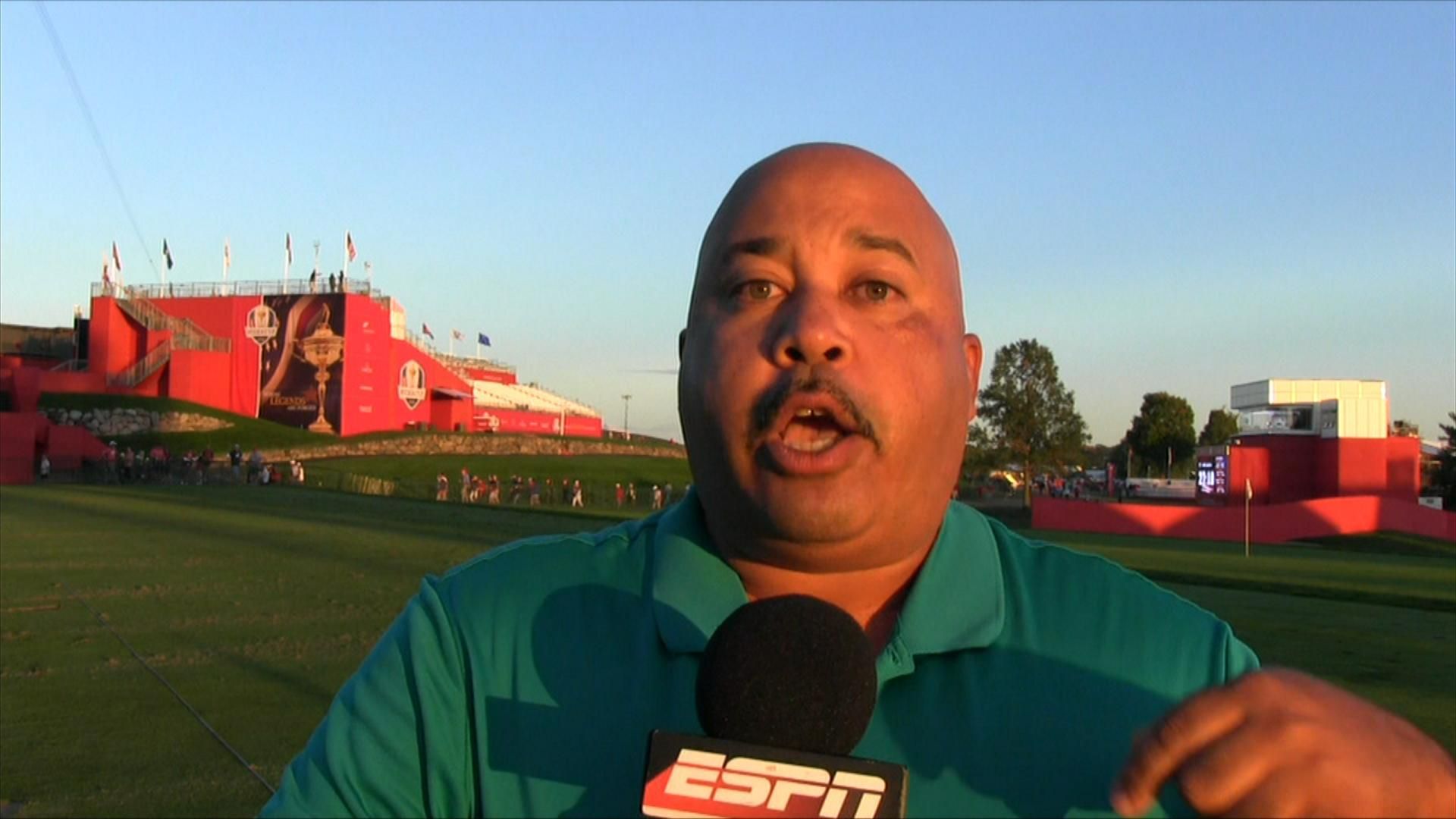