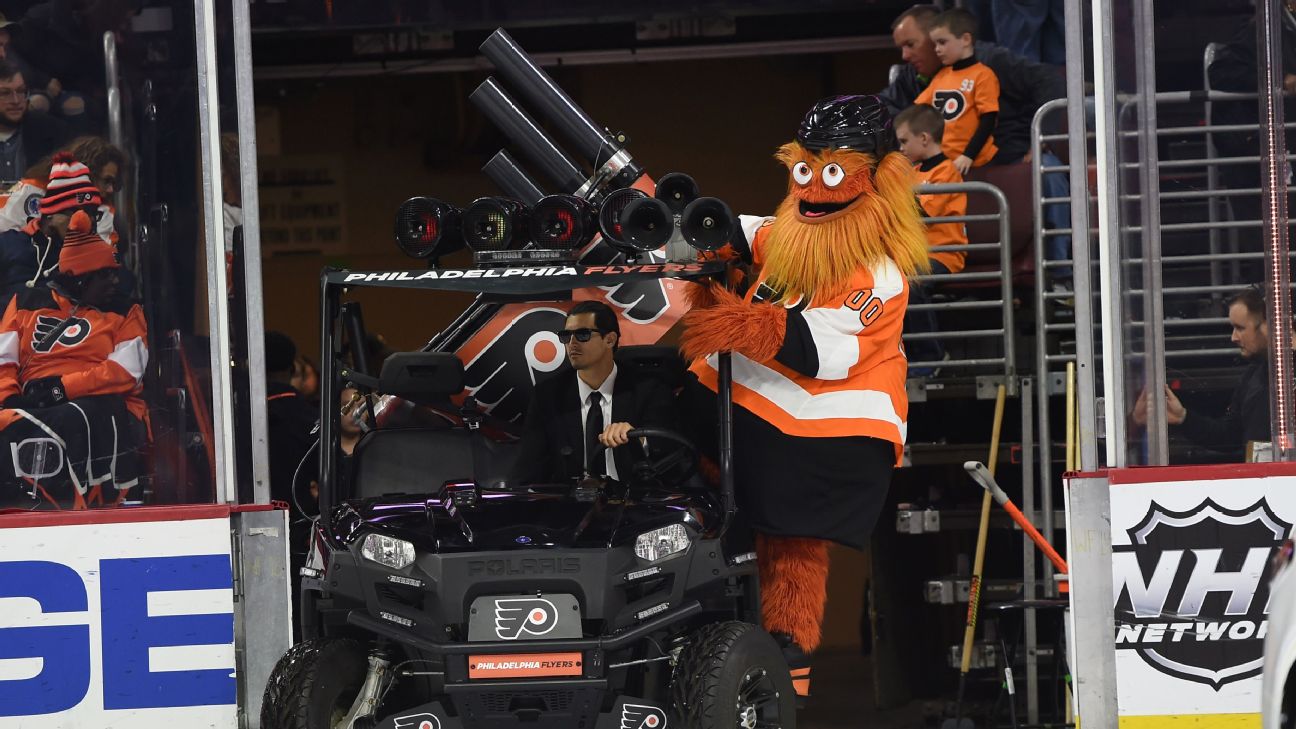 ESPN
By Greg Wyshynski
ESPN presents the best player in the world of the week, celebrating the player that has the best stats, impact or storyline to earn the honor. To nominate someone, please email us here by midnight on Monday each week. Photos and context are encouraged!

The Team Canada Olympic hero had a monster weekend in the CWHL. Poulin had two goals against the Worcester Blades in a 5-0 win. The next day, again against the Blades, she posted a goal and five assists in a 9-0 win. Poulin is now tied with Shenzhen's Alex Carpenter with 13 points for the CWHL lead. Montreal has Poulin and Hilary Knight on the same team. Yowzer.

The right wing had five goals and three assists for eight points in the past week, earning NHL player of the week honors. He was also a plus-6. Those goals included his fifth career hat trick, tying him withRick Nash for most hat tricks in Blue Jackets history.

What's better than a five-point game? How about back-to-back five-point games? That's what Abbandonato did, posting a hat trick and adding two assists in the Huskies' 11-1 victory over the Blainville-Boisbriand Armada, and following up with three goals and two assists in Rouyn-Noranda's 6-4 triumph over the Victoriaville Tigres.

As you might have seen on a highlight reel in the past week, Jarry scored a goalie goal against Springfield. This was notable being the first time a goalie scored a goal in WBS Penguins history, and also for being the only true moment of joy for the Pittsburgh Penguins organization in perhaps the past month.

Ah, but wait: There's more to the story. On Nov. 2, Jarry was briefly rewarded with a goal when he took a shot at an empty net and Hartford's Dustin Tokarski -- on his way off for the extra attacker -- turned back and threw his stick toward the puck, which was already sailing about 5 feet wide. The referee pointed at the goal, the horn went off, a celebration began ... but then the referees took it off the board and administered a minor penalty. Listen, don't fret that Jarry doesn't now have two goals on the season. Be happy that a good thing came to a guy who waited.

Let's hear it for the 85-year-old goalie. Parlsey, whose story was recently featured on WCVB in Boston, plays four times a week in his local seniors beer league. "You know, when people get old, as they get older, their friends die off and everything. There's 70 guys in this organization and it's like you start skating and, all of a sudden, you pick up 70 new friends," Parsley said. Awwwww...

Hey, do you remember Nikolai Kulemin -- the former Toronto Maple Leafs player who entered the witness protection program with the New York Islanders? Well, he's back in Russia, playing in the KHL with his home-town team. And he's crushing it: He had a streak of eight goals in five game to go along with two assists. (For those wondering about his partner in crime,Mikhail Grabovski, he's currently a free agent.)

And the best player in the world of the week is ...

The kid who fought Gritty

C'mon, you know this to be true.

On Saturday, the ubiquitous Philadelphia Flyers mascot took part in a mites on ice game during intermission of their home game against the Tampa Bay Lightning. A young skater for the Delaware Patriots -- we requested his name through the Flyers, but his family had yet to provide it at press time -- decided to take some liberties with Gritty, in the sense that he "fought" the mascot, knocking him googly eyed to the ice. Although, in fairness, Gritty is always googly eyed.

As is NHL tradition when someone is embarrassed in a fight, Gritty sought his comeuppance. So, he grabbed the kid, lifted him up and carried him to the penalty box, in a moment we'd like to see repeated at some point this season if Brad Marchand gets out of line again.

The Flyers tell us this mites team is scheduled to return later this season, so consider that an FYI, Department of Mascot Safety.

For finally standing up to that orange freak, this Delaware Patriots mite is the Best Player In The World Of The Week.
Report a correction or typo
Related topics:
sportsespngrittygreg wyshynskinhlnhl statsnhl rankingsphiladelphia flyerspotwotw
Copyright © 2020 ESPN Internet Ventures. All rights reserved.
More Videos
From CNN Newsource affiliates
TOP STORIES