Tiger Woods on pro-am round: 'Felt good with pretty much everything' 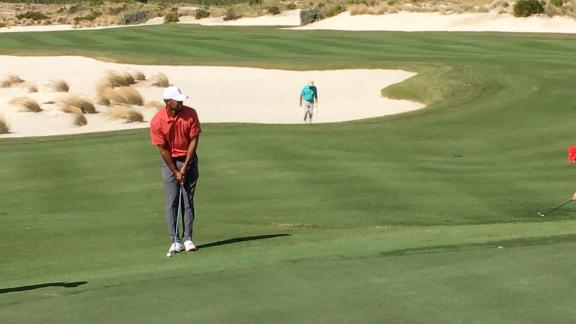 NASSAU, Bahamas -- If he were keeping score -- which he wasn't -- Tiger Woods would have tallied a loosely recorded 2-under-par 70 on Wednesday at Albany Golf Club in the pro-am that precedes the Hero World Challenge.

Two eagles, two bogeys and no birdies summarize the five-hour round that included four amateurs on a muggy, windy Caribbean day.

Pro-ams are standard fare preceding tournaments, and Woods has almost always treated them as a leisurely way to get a look at the golf course and greens, without much grinding. That was the case Wednesday, and he acknowledged that it was a serious endeavor for only about 12 of the 18 holes.

Woods has been dedicating the time to get ready for his first tournament in 15 months and said he would make his way to the putting green later in the afternoon.

The Hero World Challenge, which benefits the Tiger Woods Foundation and has a field of just 18 players, is Woods' first tournament since August 2015, when he tied for 10th at the Wyndham Championship before having two back procedures.

A scheduled return in early October at the Safeway Championship was canceled just days prior when Woods felt his game was not ready.

The two eagles Woods made were on the third and ninth holes and were set up by excellent tee shots. He missed just one fairway during the round. The best shot of the day was his tee shot at the 210-yard par-3 eighth, which was playing into a strong wind.

Woods hit a version of his old stinger shot and saw the ball cut through the wind and come to rest behind the hole, about 10 feet away. The fact that he missed the putt didn't seem to faze anyone.

And that was how LaCava described the round in general. "It was pretty solid, a good effort,'' he said. "And it was in some tough conditions.''

Said Woods, who expects to be nervous when the first round begins: "I'll be focused; I'll be ready.'' 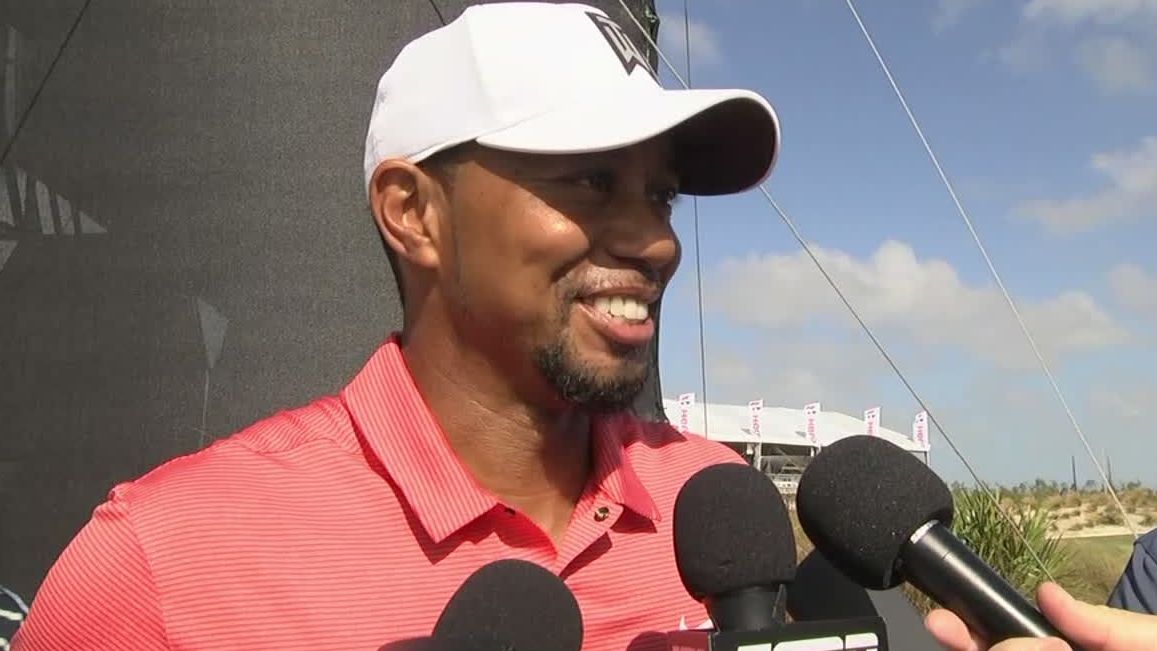 Tiger happy to be out playing in Pro-Am
Tiger Woods talks about his Pro-Am round at the Hero World Challenge and says he is focused ahead of his round tomorrow.