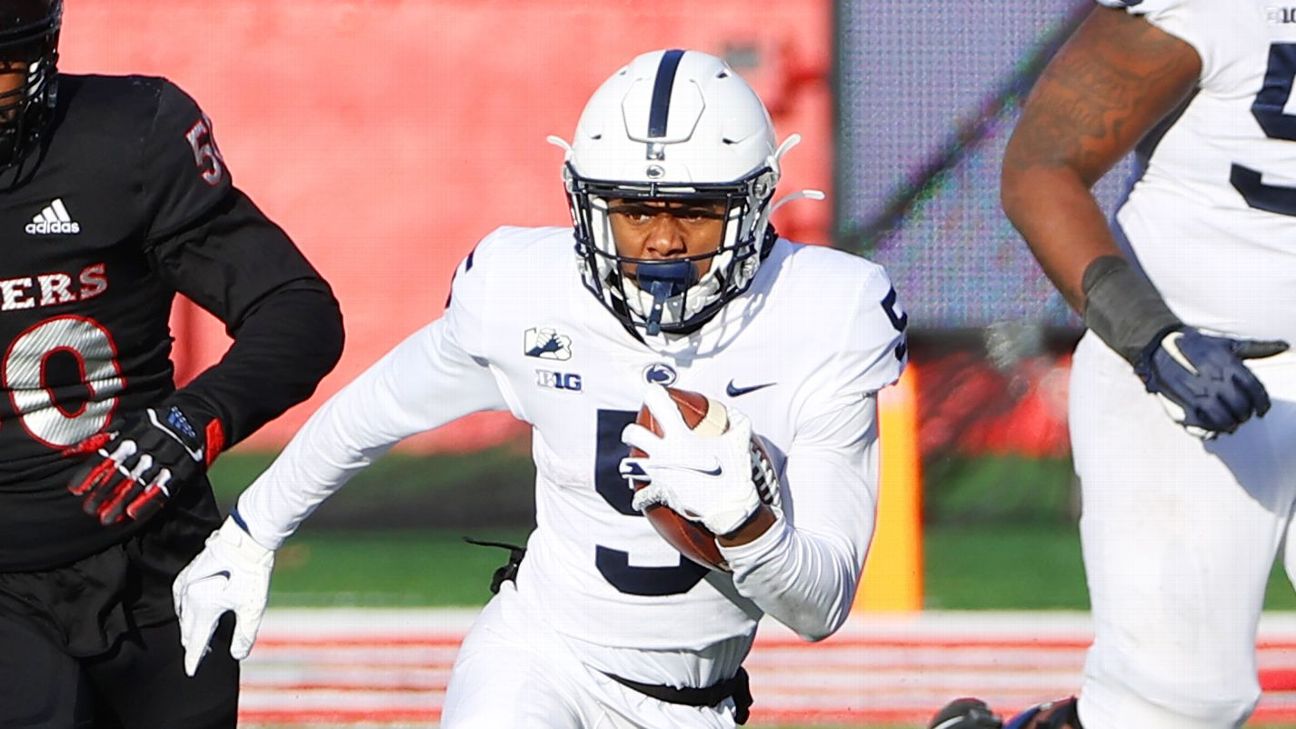 ASHBURN, Va. -- The 2022 NFL draft is in the books and every Washington Commanders draft pick is analyzed here.

The draft was be held in Las Vegas on the strip in the area adjacent to Caesars Forum two years after it was initially scheduled. The 2020 NFL draft was turned into a virtual event because of COVID-19.


Here's a pick-by-pick look at how each player Washington selected will fit.

My take: All offseason Washington coach Ron Rivera said the Commanders had to do two things for quarterback Carson Wentz -- protect him and add weapons. They added a weapon with Dotson, a smaller but explosive playmaker. Washington wanted to diversify its offense and can now use sets with four receivers who can threaten a defense with Dotson, Terry McLaurin, Curtis Samuel and Dyami Brown. They would win some 4X100 relay races. There's versatility in that group, too.

Washington has had a boring, and largely ineffective offense for the past four years, in part because it lacked strong quarterback play and enough weapons. They now have a better quarterback in Wentz and have added a possible playmaker with really good hands. Dotson said he wasn't sure if he'd go in the first round. He also said he considered leaving Penn State after the 2020 season, but would have been a third- or fourth-round pick. Dotson said he focused more on his hands, resulting in no drops.

Trading back: Washington moved back five spots, adding picks in the third and fourth rounds. But in doing so, the Commanders passed on a receiver they really liked -- Chris Olave. Their primary receiver target, Drake London, was gone at No. 8 to Atlanta. But they always grouped Dotson in when discussing the receivers they could take in the first round. So, because they knew they could get him later, they were willing to let New Orleans take Olave. Washington added more ammo in the middle rounds in a draft where the best value is considered to be in Rounds 2-4.

Receiver questions: While Washington added another playmaker, it still has questions at receiver. Dotson's size (5-foot-11, 178 pounds) and strength will be questioned until he proves it's not an issue. Samuel is coming off an injury-filled season and contributed little. Brown caught just eight passes as a rookie, though he finished strong. The coaches are high on Samuel, having coached him in Carolina. But he has to stay healthy. McLaurin's only question involves if, or when, they will be able to extend his contract. Also: The Commanders still need to find a consistent big target -- could Cam Sims, at 6-foot-5, finally be that guy? He's their lone big weapon, something Wentz could use.

My take: Washington needed to add depth at defensive tackle after losing Tim Settle to free agency and cutting Matt Ioannidis. Also, Daron Payne is entering the final year of his contract. Mathis could take his place in the starting lineup if Payne ends up elsewhere. Coach Ron Rivera wants to maintain strong lines and Mathis will help against the run. Like Payne, he's not known for his pass-rush skills. But he was a team captain, which appeals to Rivera. Washington's line had some chemistry issues last season, so adding someone with those credentials will help. Washington opted for Mathis over safety Jaquan Brisker, whom it really liked. But Rivera's philosophy is to build up front first.

My take: Washington wanted to add another running back to help reduce the load on Antonio Gibson. When Gibson had some injury issues, Washington could not lessen his work because it lacked a strong backup option. Robinson should be that guy for the Commanders. He's a power runner who can help wear down defenses. Washington loves players it thinks have been tested in college, and Robinson fits that description. He had to wait his turn behind backs such as Najee Harris, Josh Jacobs and Damien Harris. Then this past season, Robinson rushed for 1,343 yards and later starred in the semifinal game of the College Football Playoffs, earning MVP honors. Robinson can also fill the roll of a short-yardage back, something Washington lacked in 2021.

My take:Washington needed depth at safety, and Butler provides help there and on special teams, where he is known as a standout gunner. But the Commanders will need him to develop into more than just a special teams player. They need more help from scrimmage in their three safety sets. Butler is considered fast and a good hitter, but also raw. Washington likes players tested at big programs, but Butler played at a smaller school. His measurables made him enticing.

My take: Washington wanted to get a developmental quarterback and ended up with a quarterback it would have considered higher -- had it not traded for Carson Wentz. Some with Washington considered Howell the top quarterback in this class, pointing to his 2020 film when he was surrounded by more talent as evidence of what he can do. But with Wentz aboard, Washington only wanted a quarterback who could possibly develop into a solid backup. The Commanders still have Taylor Heinicke and like him as a backup. But now he'll have competition for that job -- whether it's in 2022 or beyond.

My take: Washington needed another pass-catching tight end with Logan Thomas recovering from a torn ACL in December. Their No. 2 tight end, John Bates, was more of a blocker and a functional receiver. Their No. 3 tight end, Sammis Reyes, just finished his first season of organized football. Turner isn't known for his blocking, but he uses his size (6-foot-6) well as a receiver and calls on skills honed while playing basketball to win on contested throws.

My take: Washington needs more depth along the interior of the line. But, considering where he was picked, it's hard to say Paul will provide immediate help. He started at guard one season but spent the past two years at tackle. He's considered tough and smart with good size at 6-foot-4, 323 pounds. But there are questions about his footwork. Washington, though, wanted to get more physical up front. Right guard remains the only unsettled starting job along the offensive line for Washington. It's a big leap of faith to say he'll end up being that guy as a rookie, but Commanders' line coach John Matsko excels at developing young linemen. Washington just gave him another player to mold.

My take: Washington needs depth, and more competition, at corner. That doesn't really change after this pick considering Holmes is not a lock to make the roster. He's considered an aggressive corner, especially with his hands. He's probably more quick than he is fast after having run the 40-yard dash in 4.52 seconds, but his potential showed in his vertical jump (39 inches). At 5-foot-11, he has good size for a corner. Washington needs him to be a fifth or sixth corner, at best. It has starters William Jackson III and Kendall Fuller, plus second-year corner Benjamin St-Juste. The Commanders need to keep adding players at this position. 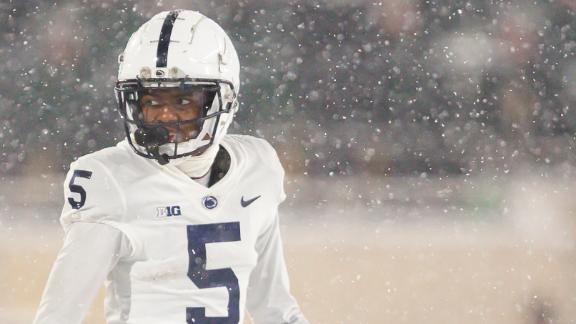 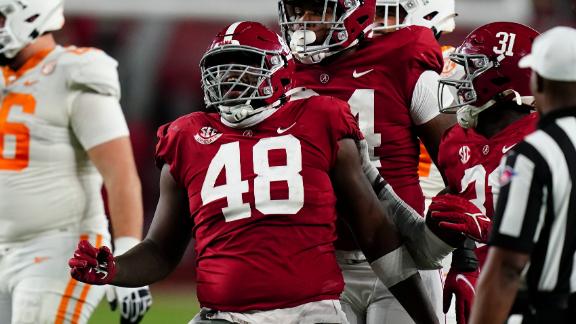 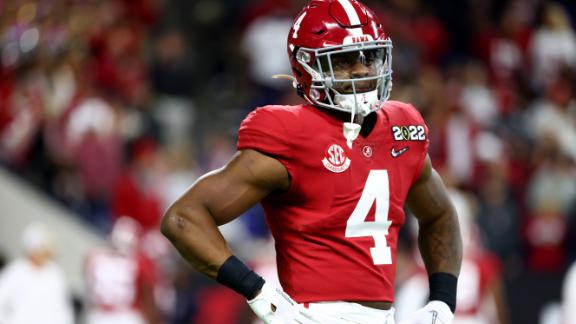 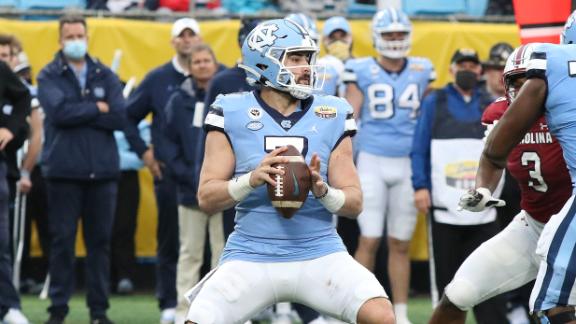 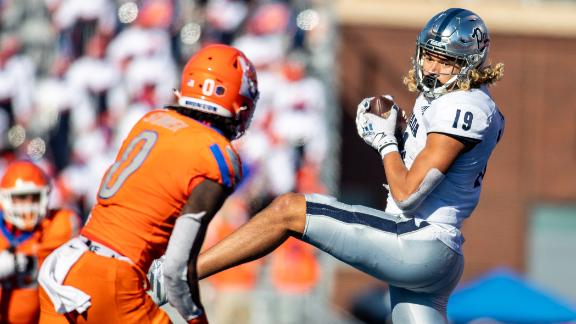