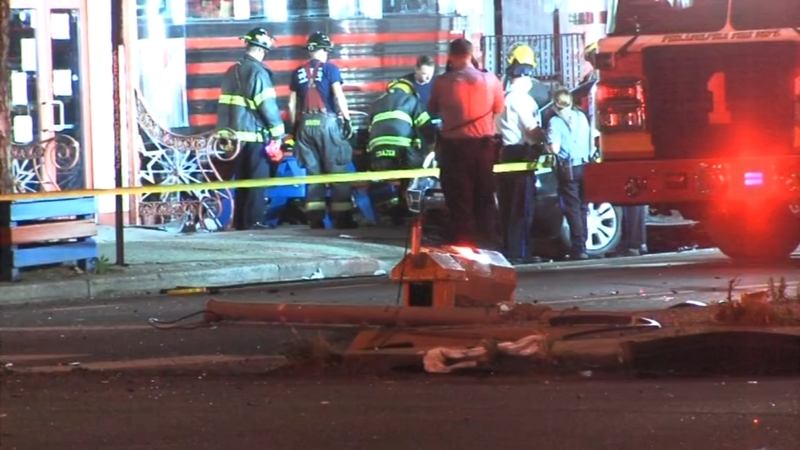 PHILADELPHIA (WPVI) -- Two people were killed and another was arrested after a collision sent one vehicle into a pedestrian in the Spring Garden section of Philadelphia, police said.

It happened shortly after 4 a.m. Saturday at the intersection of 5th and Spring Garden streets.

Police said a 2017 Jeep Cherokee with a man and woman inside was traveling eastbound on Spring Garden Avenue when it struck a 2011 Acura occupied by two men at the intersection.

Due to the force of the impact, police said the 25-year-old driver of the Acura lost control and struck a pedestrian in the center median of Spring Garden Street.

The pedestrian, a man in his 50s, was taken to Jefferson University Hospital where he died.

Police said the 27-year-old male driver of the Jeep was arrested for DUI. He was taken to Temple Hospital for treatment. The female passenger was not injured.

The 25-year-old male driver of the Acura was taken to Penn Presbyterian Medical Center and is listed in stable condition. The passenger in the Acura, a man in his 20s, was taken to Jefferson where he died of his injuries.