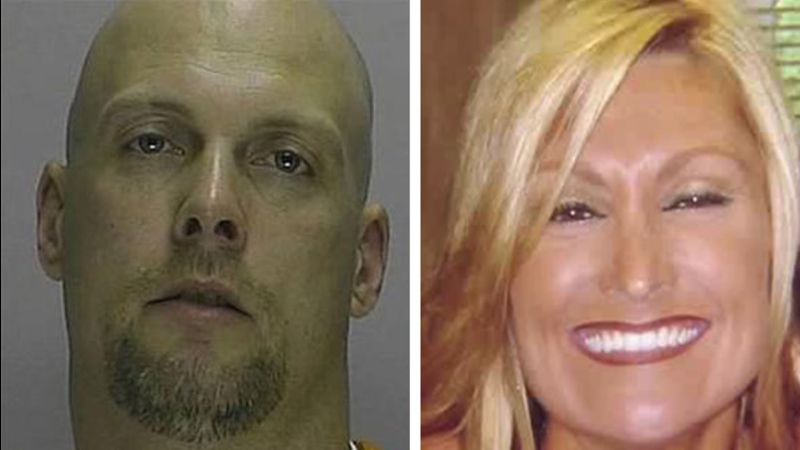 45-year-old Michael Eitel was found dead around 1:30 p.m. Saturday in the garage of a home on the unit block of Holly Drive in West Berlin.

He took his own life.

Authorities say the home belongs to a different ex-girlfriend but she wasn't home at the time.

Investigators say Eitel was wanted for the murder of 39-year-old Carole Bowne, who would have turned 40 Saturday.

Bowne was found outside her home Wednesday night.

Officers arrived and found Bowne lying in the driveway outside her home.

Police say she had just left her SUV and was ambushed by Eitel who stabbed her multiple times.

Bowne was transported to Virtua Hospital in Berlin where she was pronounced dead a short time later.

Bowne's friends and coworkers at O'Hara's Salon are in mourning.

"There are no words. She was a wonderful girl, very loving," Joyce Kowalski said.

"Great hair dresser, great person, loving, caring, do anything for anybody, I just hope they catch him," Linda O'Hara said.

Bowne's husband died three years ago in a motorcycle crash and his friend - Eitel - stepped in for support.

Police say Bowne had a protection from abuse order when she was killed.

"We had a problem about a month ago. He came and broke her car windows, broke windows in her house, and been stalking her," O'Hara said.

"I was scared for her all this time that she was having this problem and I think she hid a lot," friend Denise Lavallo said.