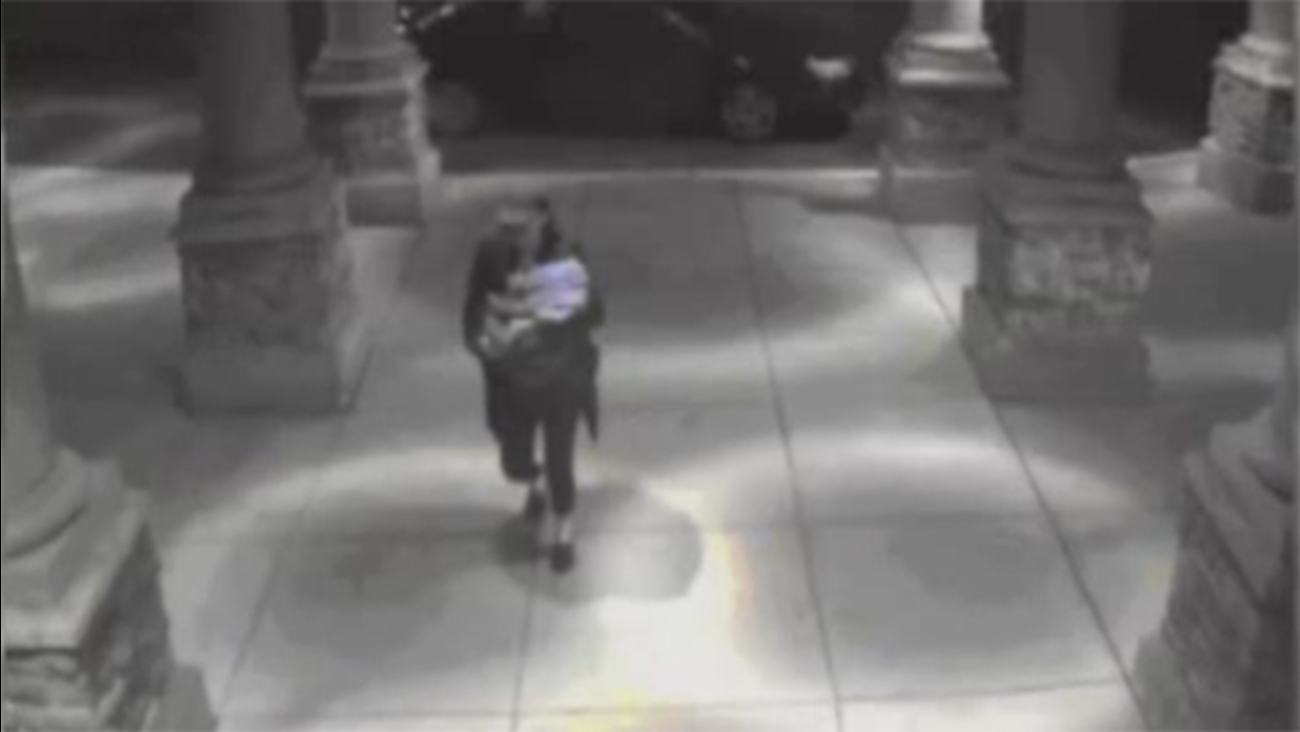 BETHLEHEM, Pa. (WPVI) -- Police say a woman stole baby Jesus from a Nativity scene in Bethlehem, Pennsylvania, and dropped the figurine off at a hospital with a note explaining that the baby had been "neglected" by his parents, "Joseph and Mary Christ."

Police say 49-year-old Jacqueline Ross told them it was a joke, but they aren't laughing. She was identified from surveillance video and is jailed on charges of theft and institutional vandalism.

Police are looking for the woman who allegedly stole a baby Jesus statue from Bethlehem, Northampton County.

Police say she went to the hospital early on Dec. 4 just minutes after stealing the $2,700 figurine from Payrow Plaza.

Police say she left a note with the porcelain baby that read, in part, "Child has broken right foot which is been (sic) neglected. Parents Joseph and Mary Christ got a warning."