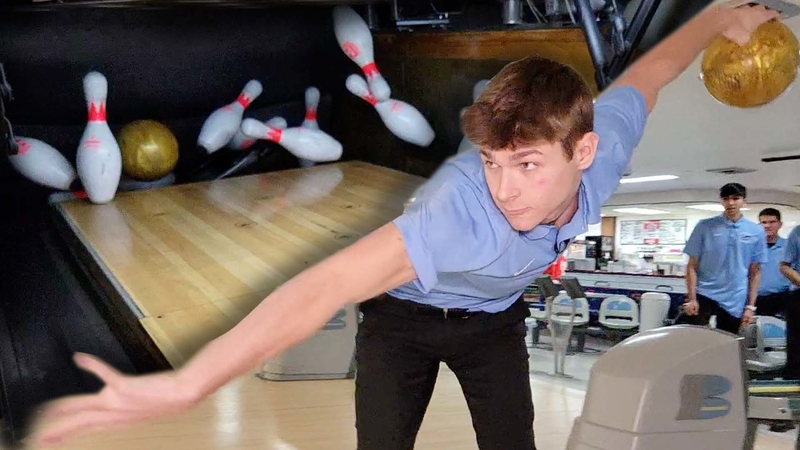 EARLINGTON, Pennsylvania (WPVI) -- "With every time you go out and bowl, there's always something you can work on," said Lucas Francis. "Always a way to get better."

The 18-year-old student at North Penn High School has been bowling since he was a child. He rolled right onto the varsity team during his freshman year and spent the last four years breaking school records. Today, Action News caught a glimpse of his skills at Earl Bowl Lanes.

During his senior year, Francis' skills swirled into the fast lane.

"I was able to average 243 across 42 games this year and break the high school individual state record," he said.

According to the U.S. High School Bowling Foundation, the previous Pennsylvania state record was an average of 239.1 pins knocked down each game. It also lists a national record of an 867-point high in a three-game series, which Francis tied last week. And between practice and competitions, he's scored eight perfect games.

"It's repetition. Just doing it over and over again, working on my game step by step," he said. "And I wouldn't have been able to do it without my coach or my team or anything like that."

Coach Don "Saddle" Stadnycki said he watched Francis grow into the young man and athlete he is today.

"He's always helping out kids, making them confident as they go," said Coach Saddle. "And his future is just going to flourish to no end."

Next week, Francis hopes to secure a singles state championship title when he competes in Lancaster, Pennsylvania. And once his high school career reaches its final frame, he will aim to play in college. While he has not decided on a school yet, he intends on studying environmental engineering.

But Francis will miss the camaraderie and conversations he strikes up at the bowling alley.

"We're a very close knit group. We spend a lot of time together, so we're able to create pretty good friendships along the way," he said. "And without a doubt, memories I've made will last my entire life."

Matthew Byrnes has been firing arrows since he was 4 years old. Now, he has his sights set on a professional career in archery.