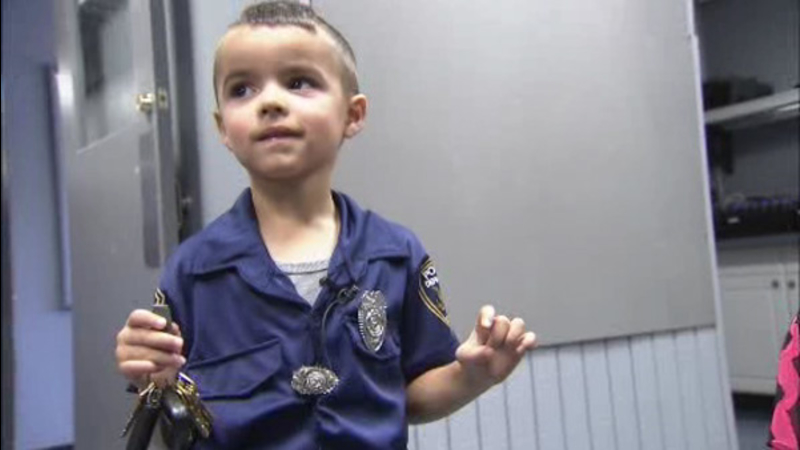 WINSLOW TWP., N.J. (WPVI) -- A little boy in New Jersey is a huge fan of men and women in uniform and he wanted them to know it.

He saved up his allowance and helped treat the officers to Subway sandwiches.

He said he wanted the officers to eat healthy.

And as an unexpected bonus, he was given a special police department shirt and other gifts.

William's mom says this was all the little boy's idea because he simply loves police officers.