"I think it sounds wonderful," said Harry Dietzler, who has overseen the program since it was created 46 years ago.
WPVI
By Dann Cuellar 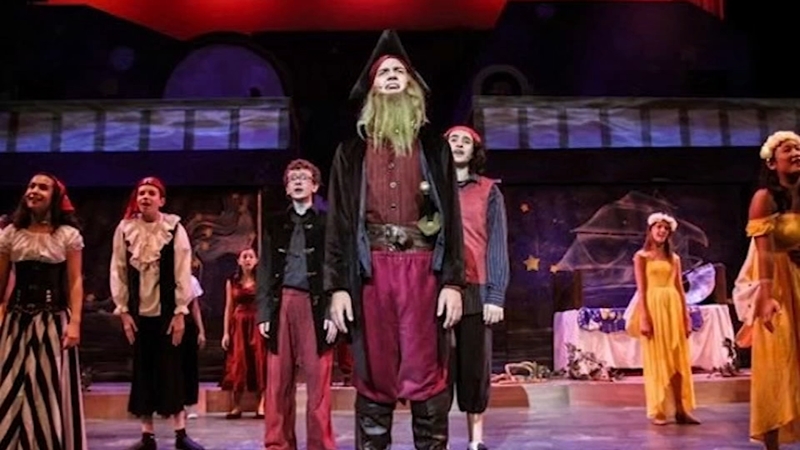 PHILADELPHIA (WPVI) -- In the ongoing effort to save Upper Darby's renowned Summer Stage arts program, Mayor Barbarann Keffer has raised the ante, offering to make a $2.5 million commitment that ensures its future for the next 10 years.

"The program was never in jeopardy, we are funding it. So I think that this proposal will alleviate a lot of people's fears about the future of the program," said Keffer.

"I think it sounds wonderful," said Harry Dietzler, who has overseen the program since it was created 46 years ago.

But he now plans to retire and wants to put it in the hands of the nonprofit, Upper Darby Arts and Education Foundation.

"I have wonderful people that are gonna take over for me and I will guide them and pass it on to them, and definitely be a part of it for many, many years to come," said Dietzler.

Upper Darby Summer Stage, a popular theatre arts program, likes to credit providing live entertainment to the community. But there is drama taking place behind the scenes.

The mayor says she's willing to allow the foundation to have control of the program in terms of content, personnel and day-to-day operations, but she wants it to remain a township program.

"The foundation can have a role, we would like them to. Harry is welcomed to stay with the foundation and lead the program, but it will remain a township program," said Mayor Keffer.

The mayor wants the township and its partner, the Upper Darby School District, to each have two to three members on the foundation's 15 member board. But the foundation is not ready to give up that many seats.

"The foundation is thrilled to be a part of this, they have a concern that it remains independent. So we welcome a representative from the township and the district," said Dietzler.

As negotiations continued, news that the township was committing to making a $2.5 million investment was a big sigh of relief.

"To know that this money is being put out there for our program is just something. It's just so encouraging. I'm just so happy," said teenager Kenny Bruce.