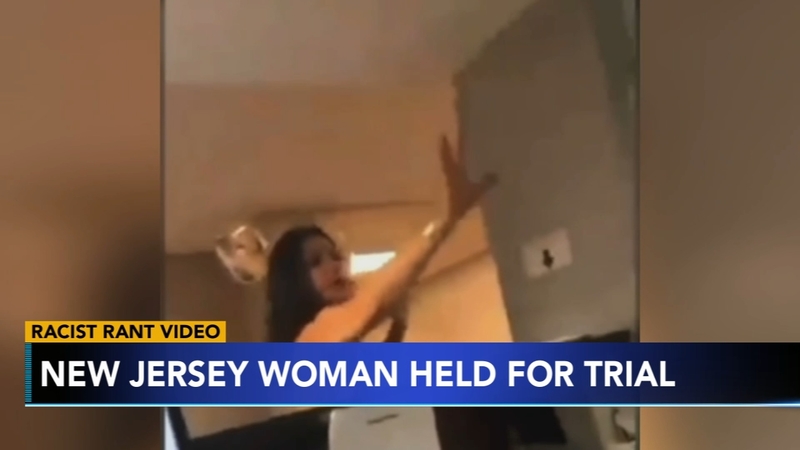 MOUNT LAUREL, New Jersey (WPVI) -- A New Jersey woman who was caught on video going on a racist rant inside a Burlington County hotel will stay in jail until her September trial.

Forty-six-year-old Elizabeth Trzeciak, of South River, was arrested after she was caught on camera screaming slurs at the front desk clerk of the Motel 8 in Mount Laurel.

A New Jersey woman is facing charges after a tirade of racial slurs was caught on video at a Super 8 hotel in Mount Laurel.

This incident came on the heels of another bias incident earlier this month, also in Mount Laurel.