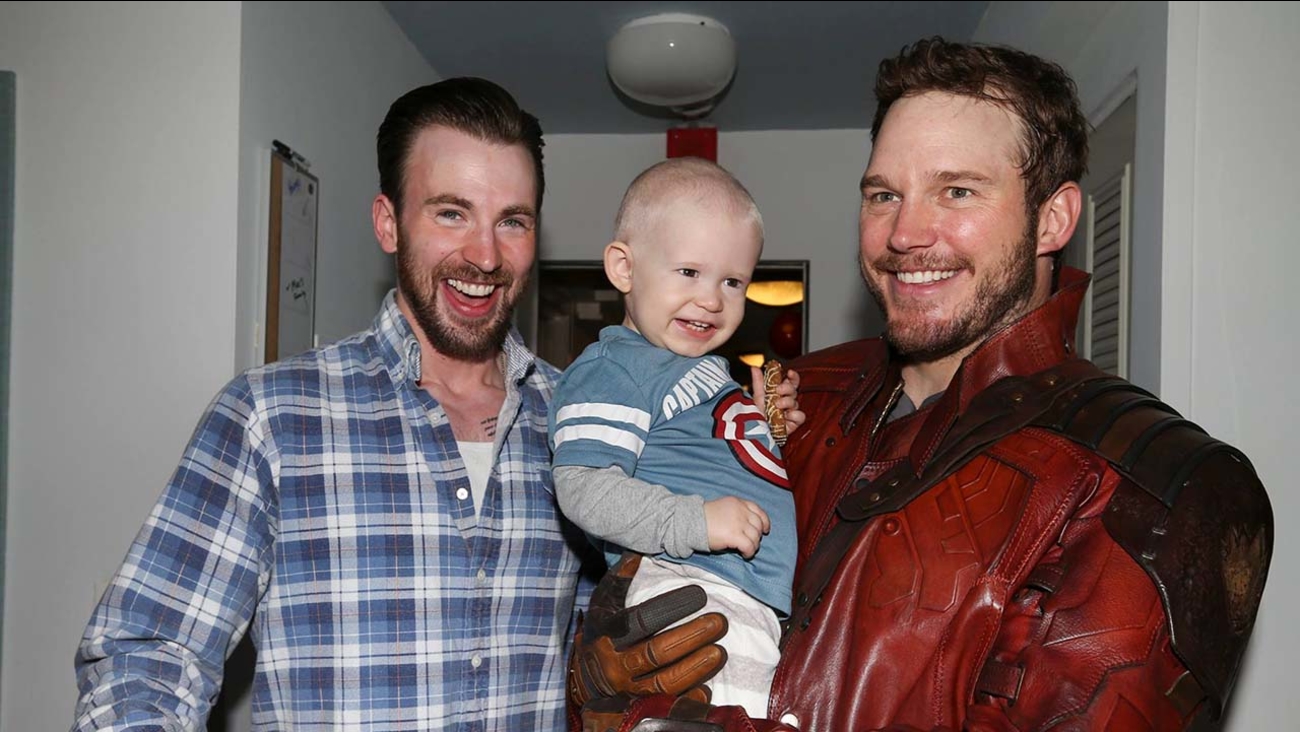 Even superheroes can be superfans, and after one super wager, it was time for Chris Pratt to pay up. Making good on his promise, Pratt today visited a group of Boston-area children battling pediatric cancer dressed as Star Lord from Guardians of the Galaxy.

Star Lord's visit to Christopher's Haven came after Pratt bet Captain America Chris Evans that his beloved Seattle Seahawks would emerge as victors in Super Bowl XLIX. Evans, a loyal New England Patriots supporter, was more than happy to accept the challenge and the two agreed that the loser would visit a children's charity of the winner choosing dressed as his Marvel alter ego.

@prattprattpratt I accept. And when the Patriots humiliate your seachickens, I expect Star-Lord to arrive at @chris_haven in a Brady jersey

Well, we all know how that one ended. So Friday, less than a week after Tom Brady and the Patriots defeated the Seahawks 28-24, Pratt donned Star Lord's trademark red leather duster. Evans tagged along too, following Pratt around with Brady jersey held high as a victory banner.

But the kids at Seattle Children's Hospital shouldn't feel left out. It looks like Captain America is planning a trip to the Pacific Northwest in the near future.

Thank you to @prattprattpratt for being a good sport. I'll be there with you at @chris_haven, and don't worry @seattlechildren, we'll be

coming there too! And lastly, I don't think anyone can ever doubt the mental toughness of Tom Brady. Tough couple weeks, but he showed why