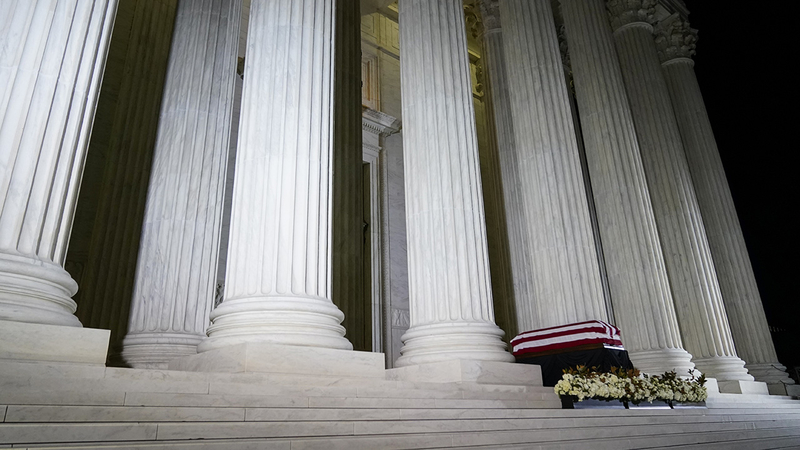 Who is the frontrunner to be Trump's next Supreme Court nominee?

The majority of Americans say the winner of the 2020 presidential election should select the next Supreme Court nominee and that a Senate vote to fill the late Justice Ruth Bader Ginsburg's seat should take place next year, according to a new ABC News/Washington Post poll.

This means public opinion appears to stand in contrast with Republicans' push for a quick nomination barely six weeks from Election Day.

The poll also showed that more Americans oppose adding new seats to the Supreme Court, at 54% to 32%. Some Democrats are pushing to increase the size of the nine-member court for the first time in 150 years, arguing this would give the election winner more influence over its makeup.

A slight majority of voters, by 50% to 42%, say they believe Democratic presidential nominee Joe Biden is more trustworthy in handling the SCOTUS pick. Biden's supporters are also far more likely than Trump's to say the high court vacancy means it's important that their preferred candidate win.

At the same time, the issue does not seem to have much of an effect on votes. Eleven percent call the next Supreme Court appointment the single most important issue in their choice for president, while 25% point to the economy as their top issue. Other topics labeled "most important" to voters include the coronavirus pandemic (17%), health care (15%), racial equity (14%) and crime and safety (12%).