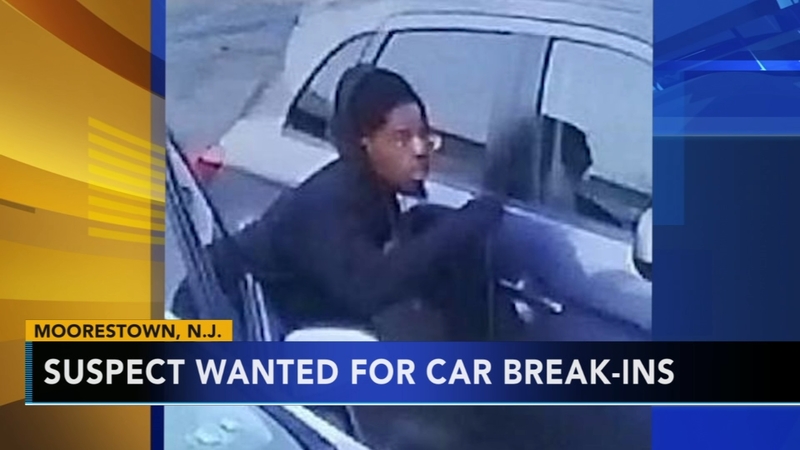 MOORESTOWN, N.J. (WPVI) -- Authorities are searching for a man who they say broke into vehicles at daycares in Burlington County.

Two incidents happened while the victims were either picking up or dropping off their children from the Goddard School on Route 38 in Moorestown.

On November 27 around 4:15 p.m., police say a dark-colored Nissan SUV entered the parking lot. Soon after, the suspect entered the victim's unlocked vehicle and stole a purse.

Then around 7:30 a.m. Monday, police say a silver vehicle, possibly a Chevrolet Cruze or Malibu, entered the Goddard School parking lot and pulled alongside a victim's vehicle. The suspect then smashed the victim's window and stole a tote.

Prior to Monday's incident, police say surveillance video showed the same type of vehicle at the Mt. Laurel Goddard School, where the suspect committed a similar crime.

Police urge parents to not leave anything of value in plain view and lock your doors while parking in these lots.

They say on some occasions, there were parents putting their children in the cars right next to where the crime was taking place.