Video released of suspects in robbery of Temple student 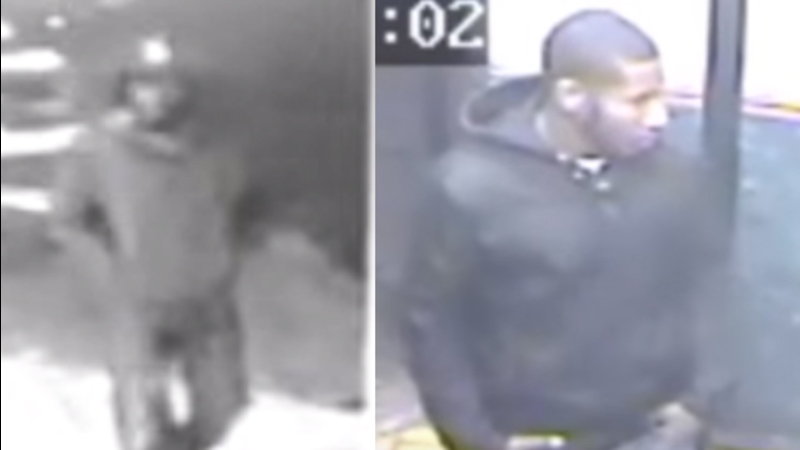 The victims were both Temple students.

In the first incident, the victim was robbed outside a store on the corner of 10th and Susquehanna streets.

Police say the victim, a former Temple football player who's now a team assistant, was approached by two men at 12:35 a.m. - one of whom was armed with a handgun.

They tried to force him into his car, and when he refused the suspects allegedly forced him to the ground, took his keys and cell phone, and fled in the victim's vehicle.

That vehicle is described as a 2005 Cadillac CTS with New Jersey license plate #D80EBK.

The suspects were caught on video outside the corner store, and one of them can be seen clearly in surveillance video from inside the store.

Three hours later, police say they were on the 1800 block of 15th Street. That's where they robbed another Temple student.

After the robbery, they both got into the passenger side of a car and an accomplice drove the car away.

Later police say they were picked up on video wearing different clothing as they entered a store where they tried to use the victim's debit cards. This time they were with a woman.

Many Temple students live just off campus, and a recent series of robberies and a rape have made them extra cautious.

Temple sophomore Kaitlan Suzuki says she usually walks to campus with her five roommates, telling us, "I live on 18th Street, which is a little far away from campus. But even walking in the morning to 5 a.m. practice, or whatever, I still feel safe."

Others say they're on the lookout, but feel much safer than they used to.

Kareem Eltigani is a Temple senior and he explains, "I've been here for four years now. I'd definitely say there's been an improvement, probably a drastic improvement from the first year year that I was here."

They'll all feel much safer once the two thugs responsible for the Wednesday morning crime wave are off the street.