(Spoilers) Michael A. leaves 'The Bachelorette,' has emotional reunion with Katie on 'Men Tell All'

Get ready for some drama: The men of Katie's season reunite for the first time to rehash some of the show's biggest fights.
OTRC
By Andrea Lans 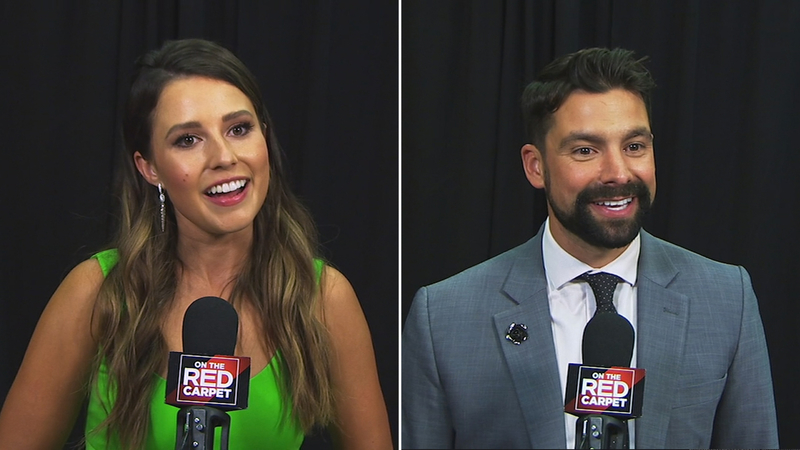 Katie, Michael discuss reunion on 'The Bachelorette: Men Tell All'

Monday's episode of "The Bachelorette" began with a tearful goodbye as fan favorite Michael Allio left the show ahead of hometowns to be with his 4-year-old son, James.

"There's a little sting to the heart when you see him," Thurston said of her reunion with Allio during the "Men Tell All." "But I don't regret anything. I had to move forward and that chapter has since closed."

"It was heavier than I thought it would be," Allio told On The Red Carpet. "Seeing Katie walk in for the first time brought back a lot of emotions that have still been lingering since I left."

While Allio admitted he still has feelings for Thurston, he felt like he got the closure he needed during the "Men Tell All."

The breakup was heart-wrenching to watch, but Allio feels a lot of love from Bachelor Nation. The 36-year-old single dad lost his wife, Laura, to breast cancer two years ago and started a nonprofit (The L4 Project) in her honor. Since the show started airing, Allio has connected with many fans who have been touched by his story -- from single parents, to widowers, to cancer patients.

"Unfortunately, what happened to my family and Laura -- it's not an anomaly. It happens way too much. And so, if people want to reach out, if people want to connect with a message to know that they're not alone and that's what they get from this, that's a beautiful thing," Allio said.

Thurston and Allio's reunion definitely brought some heart to the "Men Tell All," but there was a lot of other drama to unpack, some hilarious bloopers... and even a spontaneous kiss.

Kaitlyn Bristowe, Katie Thurston and Katie's former suitors tease what audiences can expect during "The Bachelorette: Men Tell All."

One of the biggest arguments of the night surrounded Karl Smith and his rose ceremony "bomb" to Thurston that other men were on the show for the wrong reasons. It eventually led to a face-to-face confrontation between Smith and Brendan Scanzano.

Later in the night, Connor Brennan took the hot seat for an interview with mentors Kaitlyn Bristowe and Tayshia Adams. Brennan, who had less-than-stellar intimate moments with Thurston, left New Mexico questioning if he was a bad kisser. One audience member couldn't take it -- she got up in the middle of the show and passionately kissed Brennan!

"I thought I was just going to get roasted for my terrible kissing the whole time, but that was a very nice surprise," Brennan told On The Red Carpet, calling the whole experience "awesome."

Adams called the spontaneous move "kind of uncomfortable" to watch because she couldn't believe her eyes. Bristowe added that she saw the pair exchange numbers after their kiss.

In addition to never-before-seen footage and bloopers, Bachelor Nation also got treated to a sweet video of Jason Tartick's proposal to Bristowe in May.

Thurston was the last to take the hot seat and in addition to getting closure with Allio, the Bachelorette spoke with the other men from her season, including Thomas Jacobs, who joined via Zoom to apologize for his actions this season.

"It was actually the best outcome I could have expected," Thurston said. "I love these men. It was really nice to get to see them again."