'Bachelorette' Tayshia talks about how her journey is different from Clare's 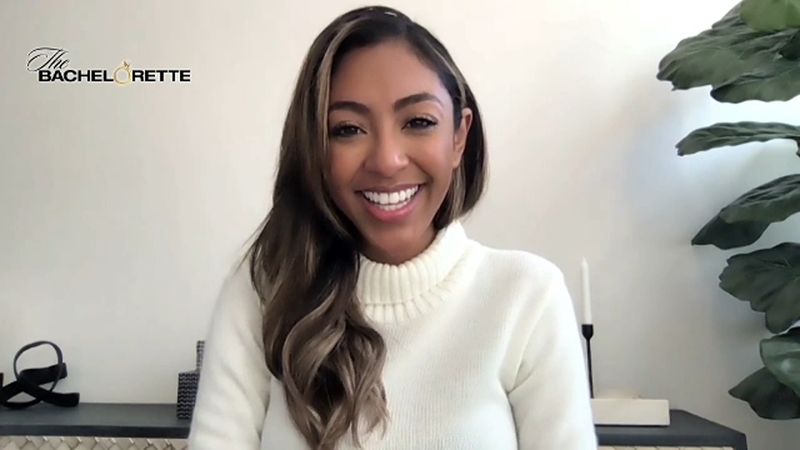 Tayshia talks about her time as the new 'Bachelorette'

NEW YORK -- Tayshia Adams is getting to know her 20 suitors as "The Bachelorette."

She took some time to talk about her journey and how it seemed different from Clare's, which she said she watched.

"To me, these guys weren't really themselves. They didn't really get much time to speak and they were so closed off but I think it was just a lot to take in the first few episodes," Tayshia said.

Tayshia is a "Bachelor Nation" favorite after appearing on the 23rd season of "The Bachelor" and "Bachelor in Paradise."

She says she was relieved that her previous marriage didn't seem to be an issue with the men because many of them had their own big revelations for her.

"They have so much depth, and what I mean by depth is I mean life experience and that's something that I identify with quite a bit and that's so important for me in a relationship," Tayshia said.

She said she didn't mind that this season doesn't travel the world. "I'm a simple girl," Tayshia said. She said was looking for men who were thoughtful and could jump into the dates with her.

"The fact that we had to stay around the resort, I loved it, I absolutely loved it. And it's little things like spontaneity that helps me fall in love," she said.

We'll also get to see Tayshia go on a scooter date and do some other fun dates around the resort as she tries to find love.

He really didn't even have to guess. 👨 #TheBachelorette pic.twitter.com/OFJXDC2F8k