The officer involved in the shooting has suspended with intent to dismiss.
WPVI
By 6abc Digital Staff 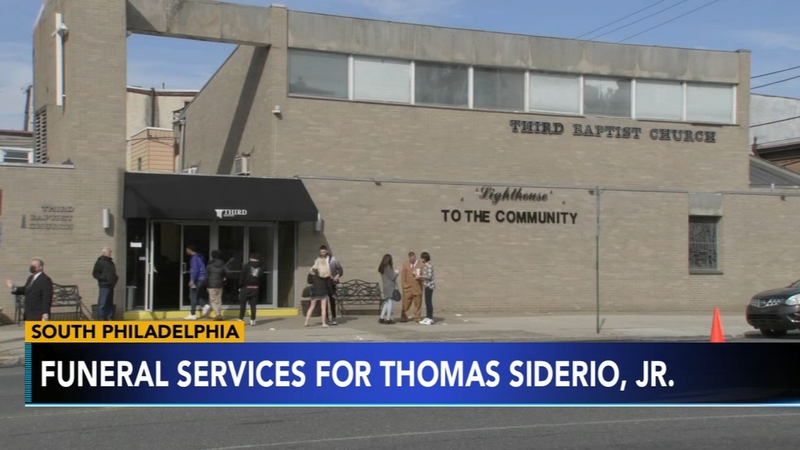 PHILADELPHIA (WPVI) -- A community in South Philadelphia gathered on Thursday to remember a 12-year-old boy who was shot and killed by a plainclothes police officer.

A second viewing and funeral services for Thomas Siderio Jr. were held at the Lighthouse Baptist Church.

Police have said Siderio was shot in the back by an officer and died at the hospital minutes later. The shooting came moments after a bullet was fired into an unmarked police car that had just turned on its police emergency lights, police said.

Police have said Siderio was armed, and that he is the one who fired the bullet into the police vehicle.

Questions have been raised about whether Siderio still had the gun in his possession when he was shot. Original reports from police said they recovered the gun, which had been reported stolen.

Speaking at a news conference on Tuesday, Police Commissioner Danielle Outlaw said that she could not comment on where the gun was recovered or whether Siderio had tossed it prior to being shot.

The officer who shot Siderio was suspended with intent to dismiss for violating the department's use of force policy.

The name of the officer is being withheld by the department because of what Outlaw said is an ongoing investigation into threats against the four officers who were present at the shooting.