Action News spoke with a public safety expert who says there are some red flags you can look for at home.
WPVI
By Trish Hartman and Corey Davis 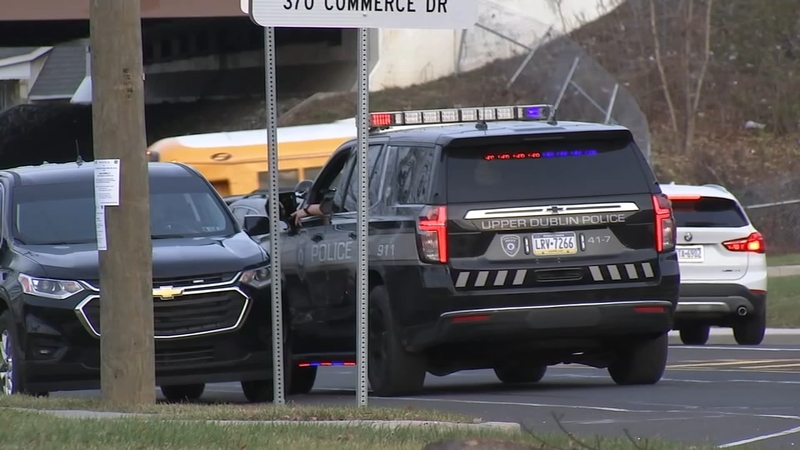 Area schools on alert amid TikTok threat for December 17 violence

PHILADELPHIA (WPVI) -- A disturbing trend has Philadelphia-area schools on high alert as threats of violence continue to circulate on social media.

The threats have many school districts increasing police presence Friday.

Now there's another one spreading nationwide. It started out as a challenge to ditch school, which morphed into a threat of violence at schools on Friday, December 17.

On Thursday night, the Southeast Delco School District announced it would be closed Friday due to "safety concerns."

"Local police are still investigating the issues that have led to tomorrow's closure. We will continue to work with them throughout the weekend in an effort to maintain a safe learning environment for all," the district said in a statement Thursday night.

In Upper Darby, Superintendent Dr. Daniel McGarry says he and other officials didn't feel that was necessary for their schools.

There have been at least three threats against schools in South Jersey in just a matter of days.

"Years ago, not being as well-versed in handling these situations, I think we would've reacted a little bit differently. But now our number one objective is to keep schools open and keep kids safe," said McGarry.

At Sandy Run Middle School in Upper Dublin Township, officials say a suspicious message was found on a bathroom wall.

"It was deemed not credible. Through an investigation they are narrowing in on a student that actually wrote it," said Upper Dublin School District Superintendent Dr. Steve Yanni.

A letter to families said an increased police presence will be at Upper Dublin schools as a precaution on Friday, as police investigate the message in the bathroom.

"There will be discipline for the legal side of things and here at the school district," Yanni said.

Yanni said that receiving a threat is jarring for families because it doesn't happen often.

"We just ask and appreciate our parent community and our caregiver community to really speak with their kids again this weekend about the importance of making good choices not just on social media, but every single day," Yanni said.

In New Jersey, Governor Phil Murphy said he spoke with the acting attorney general, state police, and the state's acting director of homeland security concerning the challenge that circulating on TikTok.

In a post on Twitter, he wrote, "While there are no known specific threats against New Jersey schools, the safety of our children is our highest priority and we will work closely with law enforcement to monitor the situation and remain prepared."

Action News spoke with a public safety expert who says there are some red flags you can look for at home and in your community.

"If you see a change in behavior in a student who is experiencing something profound, it could be deep depression. It could be anxiety. It could be them mentioning or displaying a weapon. It could be they're talking about suicide. Any kind of self-harm discussions. Please don't keep that inside," said Dr. Larry Barton, a professor of public safety at the University of Central Florida.

Phoenixville, Upper Moreland, Philadelphia and other school districts have notified parents about the increased police presence in light of the threats.

In a statement on Twitter, TikTok said it was working with law enforcement to investigate.

"We handle even rumored threats with utmost seriousness," the statement said, "which is why we're working with law enforcement to look into warnings about potential violence at schools even though we have not found evidence of such threats originating or spreading via TikTok."