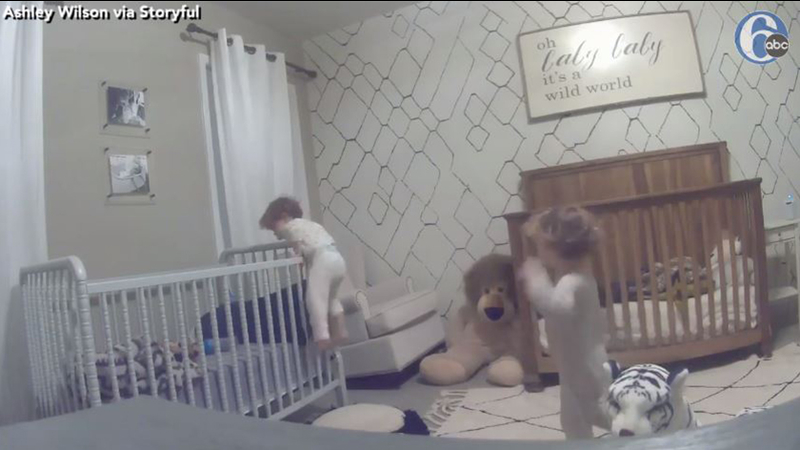 FRANKLIN, Tennessee -- A pair of toddler brothers helped each other orchestrate a great escape from their cribs.

Three-year-old Georgie and two-year-old Wilder pulled off the great escape during the early morning hours of August 16th.

Ashley Wilson, the boys' mother, says she received a notification that the camera in the boys' room had recorded activity.

When she went to look, she could see Georgie out of his crib, encouraging his younger brother to escape his own crib.

Video shows Georgie placing a pillow under Wilder's crib so he would have something soft to land on when he got over the bars.

Once Wilder lands, the boys, who Wilson describes as "the best of friends", celebrate their successful escape.

Wilson posted the video to her Facebook page with the caption, "Oh boy are we in trouble."