That's a lot of guac! 40,000 pounds of avocados spill on highway after fiery crash 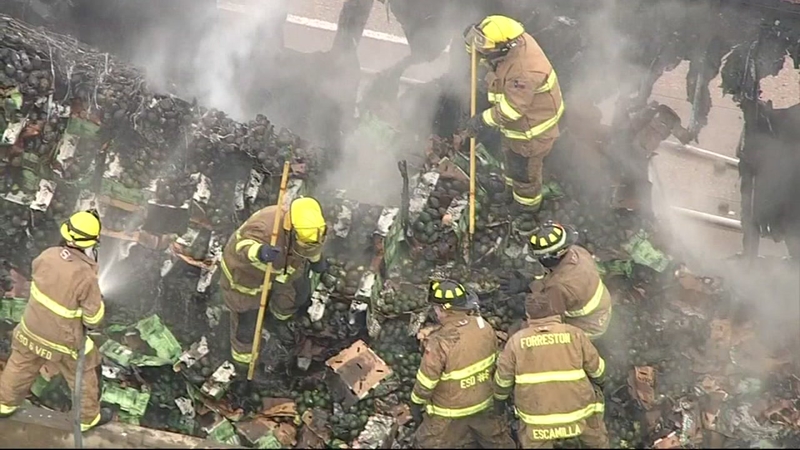 ELLIS COUNTY, Texas -- About 40,000 pounds of avocados spilled onto Interstate 35, south of Waxahachie, Thursday morning after the big rig carrying them crashed and caught fire.

Smoke could be seeing coming from the charred semi trailer as firefighters worked to put out the fire.

No other cars were involved.

The incident had the highway shut down in both directions for nearly three hours. No word on the driver's condition.
Texas Department of Public Safety troopers planned to be back out Friday morning to figure out how the crash happened.