Vine St. Expressway back open after icing from broken water line in Philadelphia 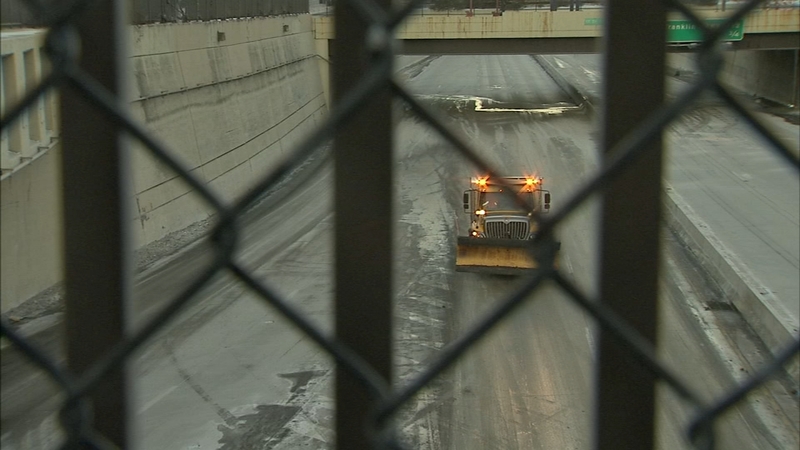 CENTER CITY (WPVI) -- All lanes are back open after ice from a broken water line forced authorities to shut down a section of the Vine Street Expressway in Center City Philadelphia.

The break happened at 5 a.m. Sunday in a water line at a parking garage at 17th and Callowhill streets in Spring Garden.

Action News is told water from that line spilled down onto the expressway, forming a sheet of ice.

Police shut down the expressway in both directions from 8th Street to 23rd Street.

Video from the Action Cam showed traffic being detoured off the highway before dawn Sunday.

Meantime, Philadelphia Water Department crews responded to the source of the gushing water.

"We believe it's a water main break on an 8- or 12-inch pipe," said John DiGiulio of the Philadelphia Water Dept. "We're working to determine that."

PennDOT crews arrived on the expressway and began salting and removing the ice.

City crews also responded to the neighborhood around 17th and Callowhill and worked to mitigate the ice buildup there.

For neighbors around the scene, morning walks and errand runs had to be taken carefully.

"Considering how cold it is I'm a little worried about driving around on it," said Kelsey Little. "But it looks like they dumped a ton of salt."

The westbound lanes of the Vine St. Expressway finally reopened to traffic shortly after 8 a.m.

The eastbound lanes were back open by 9 a.m. No accidents or injuries were reported.