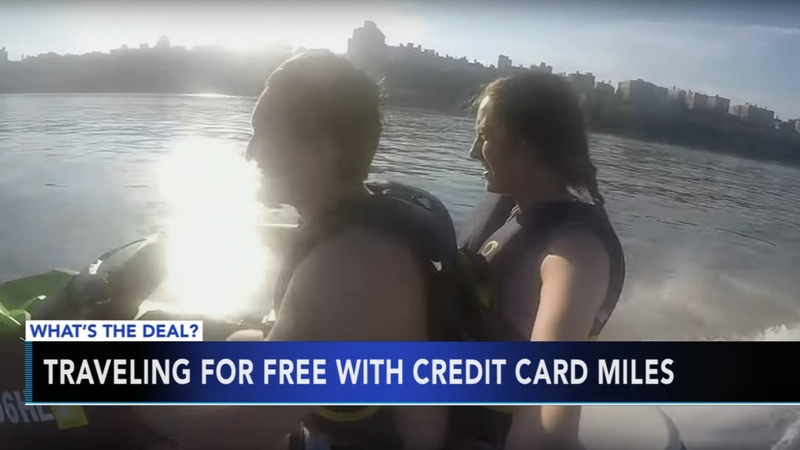 A New York couple is now traveling the world, living the dream, seeing the sights, pretty much for free.

They will spend the next year using two million airline miles they racked up by strategically playing the credit card bonus game.

Hannah and Chad will visit over 40 countries on miles they earned while simply using credit cards on basic expenses.

It all started when Chad earned a free flight at a time he couldn't have afforded it otherwise.

They now lay out how they played the game on their website, Wall Street Minimalist.

They opened up dozens of credit cards and actually boosted their credit score in the process by making sure they were only using these cards on expenses they had to pay anyway.

That way at the end of the month their balances were almost always zero. At one point they had 26 cards and figure they spent around $56,500.

"Our experiment was a huge success. We accumulated two million points, a year of free flights around the world," said Chad.

They say the main objective here is not to rack up debt they say the trick was to use the cards only on things they would have bought anyway and then pay them off.

Don't look at a credit card as a piggy bank, but rather look at it as a vehicle to earn miles and free trips.