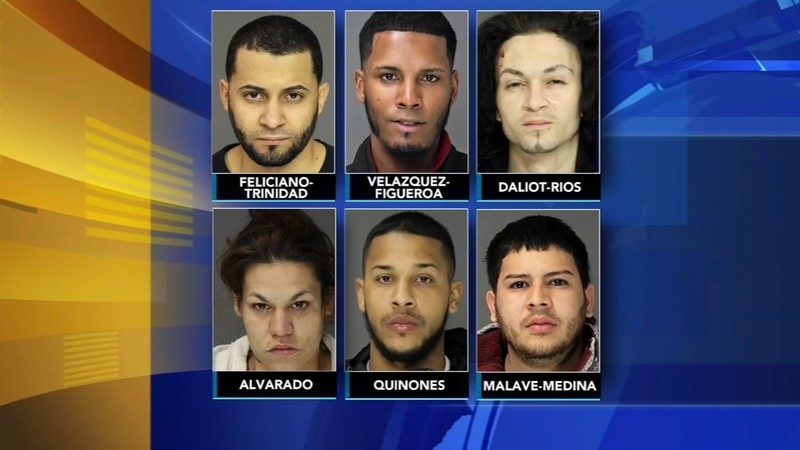 Federal, state, and local authorities gathered in Reading, Pennsylvania to announce that the so-called Trinidad Drug Gang's reign of terror is over.

Berks County District Attorney John Adams describes this gang saying, "This was the most violent drug trafficking organization that the city or county has ever investigated."

Adams says not only did investigators make several new arrests linked to this case, prosecutors also unsealed a second indictment against members of the gang, including the ringleader Jesus Feliciano-Trinidad.

Investigators named 10 suspects in this case with only one still on the loose.

These gang members left behind a violent trail as they became a primary source for selling heroin, methamphetamine, fentanyl, and cocaine in and around Reading.

Their tactics came to a head during a quadruple homicide that occurred in 2018.
In fact, this criminal organization is being linked to six murders in Reading last year alone.

McSwain adds, "Any organization that could be responsible for such depravity must be destroyed."

We spoke with people in Reading who say this news comes as a sigh of relief.

Sommer Miller says this news was personal, "I've been through addiction myself and it's hard. And it's not a good thing you know, it does kill a lot of people. I've seen a lot of friends die from it and it's great to get them off the street, you know."

The only suspect still on the loose is identified as 28-year-old Pedro Sanchez-Laporte.