Woman dies after being struck by Uber driver in North Philadelphia 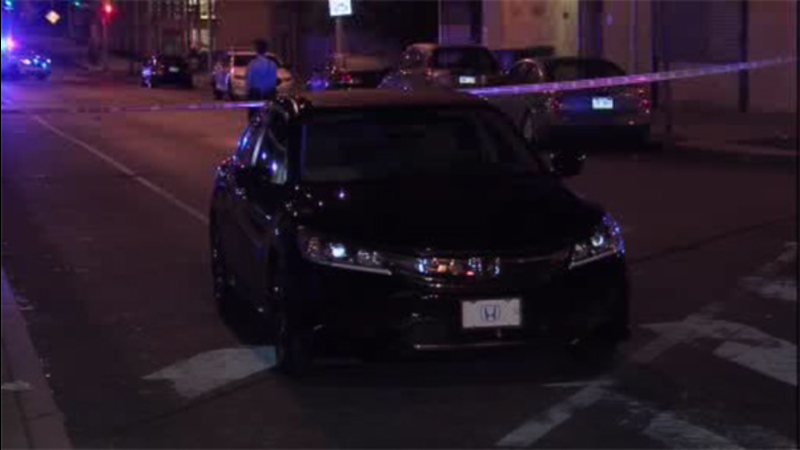 VIDEO: Woman dies after being struck by Ube in North Philly

NORTH PHILADELPHIA (WPVI) -- An Uber driver struck and killed a woman who stepped in front of the car he was driving, police say.

The accident happened around 2 a.m. Wednesday on the 2200 block of Cecil B. Moore Avenue in North Philadelphia.

Police say the unidentified woman was leaving a delicatessen and stepped out into the street from between two parked cars.

She was not in a crosswalk when she was struck.

Officers found the victim lying on the ground with head trauma.

She was rushed by medics to Hahnemann University Hospital, where she was pronounced dead a short time later.

The Uber driver, who was operating a 2016 Honda, stopped near the crash site.

He was interviewed by investigators. Police say he was sober, and the incident appears to have been a tragic accident.

Police say the victim is believed to be in her 40s. Authorities are working to identify her.